Ireland raised the issue after their fielders struggled to pick up the white ball against the backdrop of empty cream-coloured seats in an intra-squad practice match. 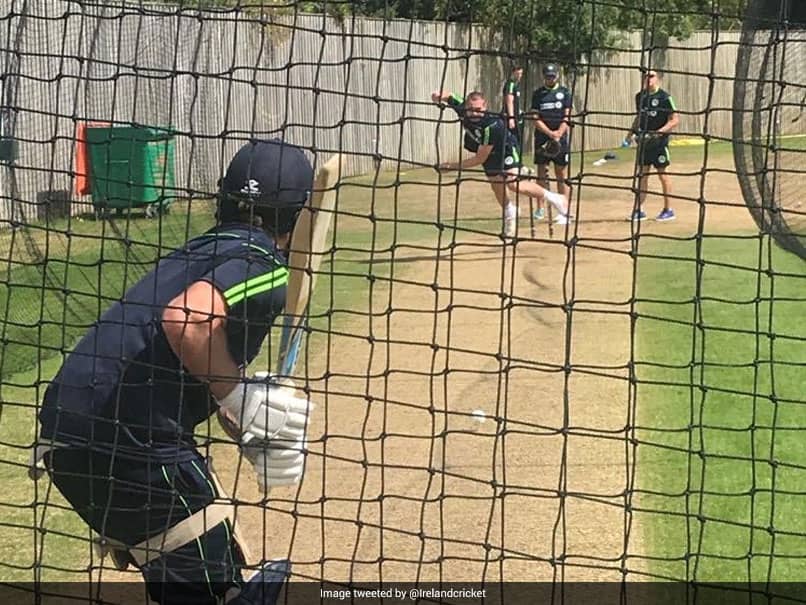 Ireland players during a net session at the Aegas Bowl ahead of the ODI series against England.© Twitter

Ahead of the three-match ODI series against England, Ireland have raised an issue about the visibility of ball after their fielders struggled to pick up the white ball against the backdrop of empty cream-coloured seats in an intra-squad practice match. "The thing that's a little bit of a concern is the background. The seating is either cream or white, and you've got a white ball and an empty stadium, so that background for fielders might be a challenge," ESPNcricinfo quoted Ireland's head coach Graham Ford as saying.

All three games in the series will be played at the Ageas Bowl, where Ireland and England have been staying since last week. While empty stands did not cause major issues for fielders in England's Test against West Indies at the ground earlier this month, Ireland's players found it difficult to see the white ball against the light seats.

Ireland's captain Andy Balbirnie said that he hoped extra sessions will prepare his fielders for the challenge.

"It does take a bit of getting used to, but we've got a week of prep and we can make sure that we hone that, and make sure that guys are comfortable and almost getting their eyes in while fielding. It can be tricky: a white ball on cream and white seats will be tricky, but we've got enough time to make sure we can't use that as an excuse," he said.

The first ODI between England and Ireland will be played at Ageas Bowl in Southampton on July 30, followed by on August 1 and 4 respectively.

The Rose Bowl, Southampton Cricket
Get the latest updates on India vs Australia Series, check out the India vs Australia Schedule for 2020-21 and Ind vs Aus live score . Like us on Facebook or follow us on Twitter for more sports updates. You can also download the NDTV Cricket app for Android or iOS.