Cricketer Who Can Bowl With Both Hands Captures Limelight 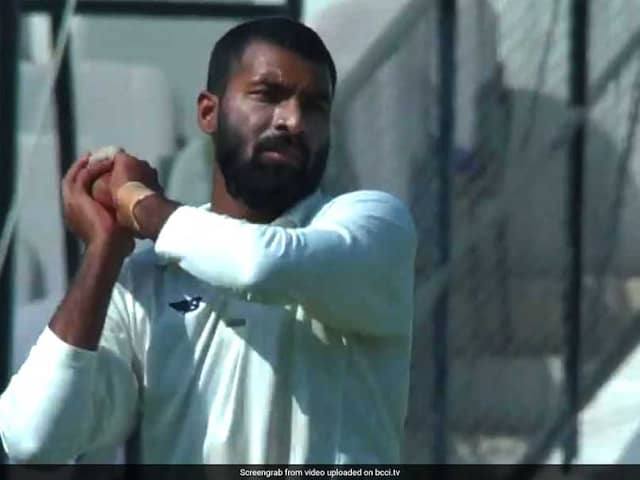 Vidarbha bowler Akshay Karnewar is currently hogging the limelight in Indian cricket, primarily as his unique bowling action is drawing attention from all quarters. His peculiar action gained prominence during the ongoing Irani Cup between Ranji champions Vidarbha and Rest of India. Originally a left-arm spinner, Karnewar bowled with his right hand on Day 1. He has been displaying this unique skill for a decade while bowling in domestic tournaments. He brought up his maiden first-class ton in Vidarbha's first innings score of 425. He made 102 runs that included 13 fours and two sixes.

A senior official of Vidarbha Cricket Association (VCA), who knows the spinner closely, told IANS that Karnewar belongs to a poor family from a small village of Yavatmal district in Maharashtra. Karnewar's father is a retired driver from Maharashtra State Road Transport Corporation.

Battling poverty, Karnewar enrolled himself in Nagpur's Navketan Cricket Club, which is a top-10 A Division club and has also produced several Ranji players.

Karnewar had first hogged the limelight after using both his hands during a Syed Mushtaq Ali Trophy match in 2016 in Kerala. While switching hands, Karnewar first informs the umpire, who then notifies the batsman.

On Day-2, during the ongoing Irani Cup match, Karnewar bowled using both his hands during the 63rd over after which the BCCI uploaded the video on its official website.

Karnewar, 26, dismissed star batsmen Shreyas Iyer, who was caught leg before. In his 15 overs, the spinner conceded 50 runs for a wicket. Later, he also starred with the bat for Vidarbha after slamming a 102-run knock, which contained 13 boundaries and two sixes.

Karnewar's ton had guided Vidarbha to a commanding position as the Ranji champions posted 425 in their first innings, taking a 95-run lead over RoI's first innings score of 330.

Ajinkya Rahane Hanuma Vihari Cricket
Get the latest Cricket news, check out the India cricket schedule, Cricket live score . Like us on Facebook or follow us on Twitter for more sports updates. You can also download the NDTV Cricket app for Android or iOS.