Pravin Tambe, who plays for Mumbai in the Ranji Trophy and turns out for Rajasthan Royals in the IPL, played in a private T20 match in the US with Mohammad Ashraful, who was banned for five years by Bangladesh for match-fixing. 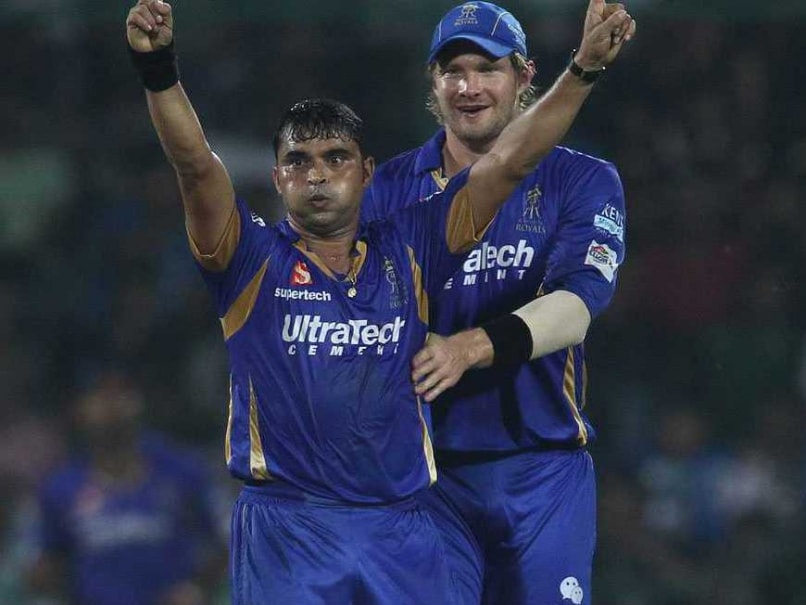 Pravin Tambe could be in trouble for playing with banned Mohammad Ashraful.© BCCI

Rajasthan Royals legspinner Pravin Tambe could be in some trouble after reports emerged that he participated in a private T20 tournament in the USA alongside Mohammad Ashraful, who has been banned for five years by the Bangladesh Cricket Board for his involvement in fixing during the 2013 Bangladesh Premier League. (Mohammad Ashraful's ban reduced to five years)

Tambe, who plays for Mumbai in the Ranji Trophy, had not sought permission from the Mumbai Cricket Association to participate and they were unaware about his involvement. In a report on ESPNCricinfo, Tambe said he did not know of former Bangladesh batting star and captain's Ashraful's involvement until he took the field. (Rajasthan Royals' 'Love and Affection' Motivate Me: Tambe)

Since Tambe does not have a BCCI contract, he had to obtain clearance from the MCA but the joint-secretary of the association, PV Shetty, said that he had not taken a no-objection certificate. (Pravin Tambe: Unsung Hero of Rajasthan Royals)

The 43-year-old Tambe is not the only one who is facing trouble. Members of the Bangladesh national team, including Elias Sunny, could be in a spot. Sunny has a first-class contract with the BCB and the Board was also unaware of his participation. Sunny did not take an NOC. (IPL Scandal: Chennai, Rajasthan Suspended)

Tambe had gone to the US from July 23 to July 31 to meet friends. He had played with Ashraful on July 27 and he stated that he had no clue that it was an official tournament.

"I had no idea it was an official tournament. I had just gone there to visit my friends in the US for a week of holiday and I was enjoying. I did not even have a kit with me. I was told it was a practice match. When I went to the ground I realised it was Twenty20 match.

"Till I went into the ground and stood at my fielding position I had no clue that he (Ashraful) was also playing. Even my friends did not know. They were told that some other friend had got him," he said.

Comments
Topics mentioned in this article
Pravin Tambe Mohammad Ashraful Bangladesh Cricket Team Cricket
Get the latest updates on India vs South Africa and check out  Schedule, Results and Live Score. Like us on Facebook or follow us on Twitter for more sports updates. You can also download the NDTV Cricket app for Android or iOS.