Sreesanth, Mumbai left-arm spinner Ankeet Chavan and Rajasthan off-spinner Ajit Chandila were literally in tears when the Patiala House Court dropped all charges of spot-fixing against them pertaining to the 2013 IPL spot-fixing scandal. 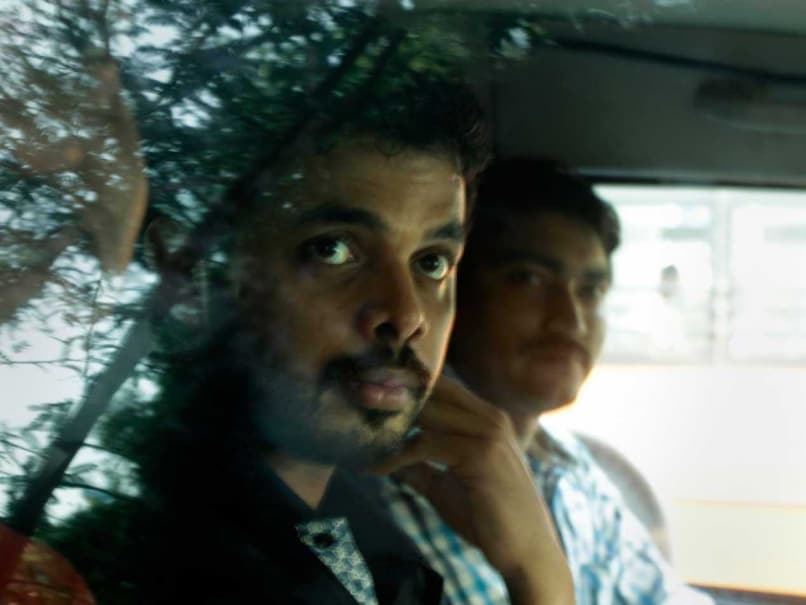 Former India pacer S Sreesanth and two other cricketers, who were discharged of spot-fixing charges by a Delhi Court today, found it tough to control their emotions and said they were desperate to make a comeback after two years of ignominy.

Sreesanth, Mumbai left-arm spinner Ankeet Chavan and Rajasthan off-spinner Ajit Chandilawere literally in tears when the Patiala House Court dropped all charges of spot-fixing against them pertaining to the 2013 IPL spot-fixing scandal.

"I am feeling very happy at the moment and hope that I start training soon. I hope to get permission from the BCCI to start using the training facilities soon, so that I can get fit and get into the selection process. God has been extremely kind," a visibly drained Sreesanth told reporters outside the court.

"I am born to play cricket. I am a cricketer first. BCCI has been very supportive all through. TC Mathew Sir in Kerala had told me that you finish this and we will take it from there. The worst that can happen to a cricketer is stay behind the National Stadium and not be able to use it. I went through a lot of things but it is past now. I would love to be able to run there. I just couldn't control my tears," he said.

Similar were the emotions expressed by Chavan and Chandila, both of whom said that they cannot wait to return to the field.

All three had to spend time in jail during the course of investigation. Of the three, Sreesanth and Chavan are currently serving life bans imposed by the BCCI after the scandal shook the league, while Chandila's hearing is still on.

"So far I just know that I have been given a discharge and now I am looking forward to play cricket. So let's see how it goes. I am taking it step by step. It was tough for me as a cricketer. It was a tough time but I got through with support from family and friends. I am sure I will be back to cricket again," said Chavan.

Chandila said he was also eager to come back as soon as possible.

"I believed in the judiciary and believed in my God. Now I trust BCCI that they will give me a chance to play again. I will discuss with my lawyer, who was like God to me, that what will be my next step. It was the worst time of my life but I had faith in judiciary.

My family was with me. They told me that things will fall into place. After two years, now I will be able to sleep peacefully," he said.

The Special Cell of Delhi Police had named 42 accused in the case in its charge sheet out of whom six are absconding.

The investigation carried out by police in the case had earlier come under scanner of the court which had questioned its theory of "match fixing", saying there was prima facie no evidence showing that matches were fixed by the accused.

During the arguments on framing of charges in the case, the police had referred to telephonic conversations among the accused to buttress their claim that they were involved in match fixing and betting.

It had also alleged that call detail records clearly reflect the linkage of accused persons who were part of a crime syndicate to generate money.

The police had filed a 6,000-page charge sheet against various accused in the case. It had also filed supplementary charge sheet later on.

The court had granted bail to Sreesanth, Chavan and various other accused for lack of evidence against them under the provisions of stringent Maharashtra Control of Organised Crime Act (MCOCA). Other accused, including Chandila, were also granted bail later on by the court. Savithri Devi, Sreesanth's mother, was relieved at the verdict.

"I really thank God for this, can't explain what he suffered," Savithri Devi said.

Chavan's father Anil, too, was delighted.

"I never doubted my son, we are very happy today," Anil Chavan said.

Former India spinner Erapalli Prasanna was happy for the players.

"I am actually very confused to be honest, though I am happy for the players," Prasanna said on the verdict.

Ex-India wicketkeeper Syed Kirmani called it a huge lesson for the future generation of cricketers.

"For the future and promising youngsters of tomorrow this should be a huge lesson," Kirmani said.

Comments
Topics mentioned in this article
Sreesanth Cricket
Get the latest updates on IND vs NZ 2021, check out the Schedule and Live Score . Like us on Facebook or follow us on Twitter for more sports updates. You can also download the NDTV Cricket app for Android or iOS.