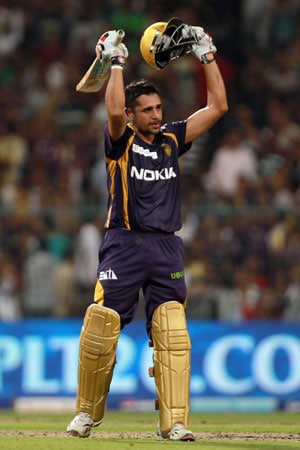 A file pic of Manvinder Bisla.

Royal Challengers Bangalore have acquired Manvinder Bisla from Kolkata Knight Riders as part of the first trading window which was opened on October 6.

The window is open till December 12 and four players have been traded so far.

"The latest two trades both involve Royal Challengers Bangalore. They have acquired Manvinder Bisla from Kolkata Knight Riders and have traded Parthiv Patel to Mumbai Indians," the BCCI said in a statement.

Comments
Topics mentioned in this article
Manvinder Bisla Royal Challengers Bangalore Kolkata Knight Riders Cricket
Get the latest updates on ICC Women's Cricket World Cup 2022 and IPL 2022, check out the Schedule , Live Score and IPL Points Table. Like us on Facebook or follow us on Twitter for more sports updates. You can also download the NDTV Cricket app for Android or iOS.