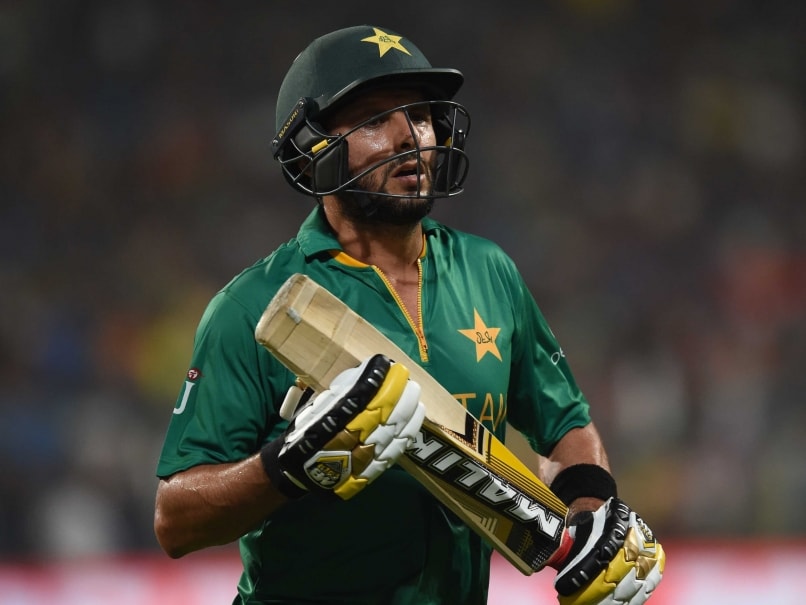 Pakistan's chief selector Inzamam-ul-Haq believes that flamboyant allrounder Shahid Afridi deserves to be given a farewell match after serving the country for almost two decades.

Inzamam told Pakistani reporters in Dubai that Afridi had been a stellar performer and deserved a proper farewell and retirement.

"In my opinion Shahid deserves to be given a farewell match so that he can announce his retirement properly and retire in a befitting manner," the former captain said.

Inzamam played a key role in convincing the Pakistan Cricket Board to allow the selectors to pick Afridi as the 16th player for the T20 series against the West Indies so that he could play in a match or two and than announce his retirement but the plan has now been dropped by the board.

Afridi for the time being has apparently taken up a new role of an expert for the state owned sports channel for the limited over series against the West Indies which begins from Friday.

The chief selector also felt that there were lot of things to be put right in Pakistan cricket and this could not happen in three months time.

"There is a lot to be done in Pakistan cricket and things can't change in a few months time. It will take time and patience to put our cricket on the right path but it will happen," he said.

Inzamam, who played in 120 Tests, said that he was optimistic about the future as the quality of talent being uncovered in domestic cricket was encouraging.

He admitted that lot of hard work was required to improve Pakistan's standing in one-day and T20 internationals where the national team is languishing at number nine and eight positions.

"This selection committee has just worked for three months and we have identified lot of improvements that need to be made to our cricket system and structure. But all this will take time and commitment for us to move forward and there will be highs and lows in this path," he added.

Inzamam is in Dubai to discuss with head coach Mickey Arthur the formation of the Pakistan one-day and Test squads for the series against the West Indies in which three ODIs and three Tests including a day and night match will be played in September and October.

Inzaman said the series against the West Indies would be a tough one for Pakistan since they had some good players and were also the World T20 Champions.

"There is no question of taking the West Indies team lightly as they have always posed a challenge for us and I foresee a close series although we have a clear edge in the Test match format and we are the number one team," he added.

Inzamam said Pakistan would need to win the Test series to retain their number one ranking as India were playing around 13 Tests in their home international season starting with the series against New Zealand.

Comments
Topics mentioned in this article
Inzamam-ul-Haq Pakistan Cricket Team Shahid Afridi Cricket
Get the latest updates on India vs Australia and check out  Schedule, Results and Live Score. Like us on Facebook or follow us on Twitter for more sports updates. You can also download the NDTV Cricket app for Android or iOS.