Women's cricket will make its debut at the Commonwealth Games in 2022, and the ICC along with CGF announced the qualification process for the eight-team tournament. 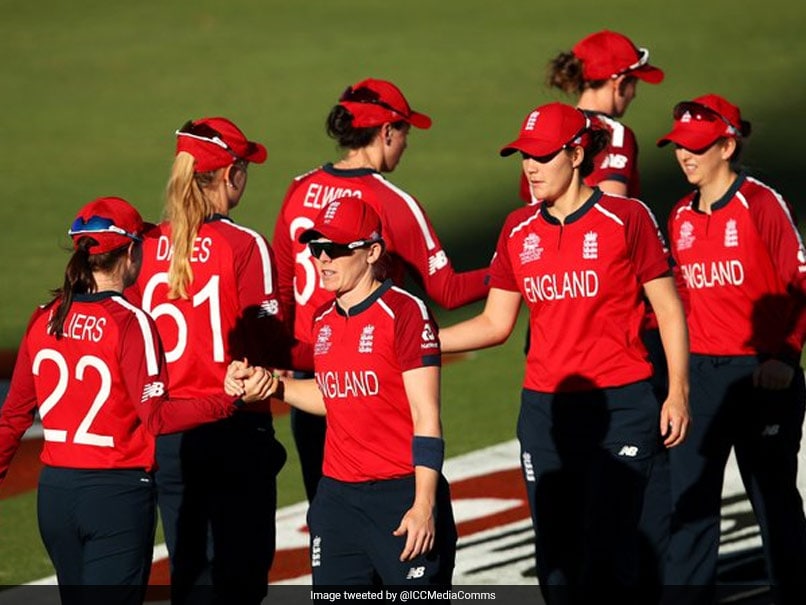 England Women will get direct qualification as host nation of the 2022 Commonwealth Games.© ICC/Twitter

Commonwealth Games Federation (CGF) and the International Cricket Council (ICC) have announced the qualification process for women's Twenty20 International cricket, which makes a historic appearance at the Birmingham 2022 Commonwealth Games, scheduled from July 28 to August 8. For the first time in the history of the Games, women's cricket will be a part of the Commonwealth Games and it will only be the second time that cricket will feature in it after the men's competition was part of the Kuala Lumpur Games in 1998.

"The qualification process announced on Wednesday grants hosts England one spot while six other highest-ranked ICC Members in the ICC Women's T20I Team Rankings as of April 1, 2021 also qualify directly for the eight-team tournament, which will be held in a city that has an iconic cricket venue in Edgbaston," the ICC said in a release.

"The remaining place will be allocated to the winner of a Commonwealth Games Qualifier, the format and details of which will be announced in due course. The deadline for the Qualifier is January 31, 2022.

"Since athletes from the Caribbean will be representing their countries and not the West Indies (as they are affiliated with the ICC), the winner of a designated qualifying tournament will decide which country gets to compete if the West Indies get a slot," it added.

ICC Chief Executive Manu Sawhney said that Cricket at the Commonwealth Games is a fantastic opportunity for everyone to continue to grow the women's game globally.

"We are committed to accelerating this growth and maintaining the momentum we have created over the past few years, which most recently saw 86,174 fans packed into the MCG for the final of the ICC Women's T20 World Cup 2020," said Sawhney.

"I thank the Commonwealth Games Federation for their support and for making this possible. We share with them the vision of greater equality, fairness and opportunity in sport and I am sure Birmingham 2022 will go a long way towards us achieving our common objectives," he added.

"Cricket has always been one of the Commonwealth's most popular sports and it is so special to have it back at our Games for the first time since the men's competition at Kuala Lumpur 1998, where true greats of the game including Ricky Ponting, Jacques Kallis and Sachin Tendulkar were on show.

"Now is the turn of the women and I cannot wait to see the next generation of stars like Heather Knight, Harmanpreet Kaur and Meg Lanning take centre stage.

"Birmingham 2022 will be a fantastic showcase for the women's game and the unveiling of the qualification criteria today is an exciting and important milestone as we head towards what will be a spectacular competition at the iconic Edgbaston Stadium," she added.

England Women Cricket
Get the latest updates on ICC T20 Worldcup 2022, check out the Schedule and Live Score. Like us on Facebook or follow us on Twitter for more sports updates. You can also download the NDTV Cricket app for Android or iOS.