Cricket Australia's chief executive Nick Hockley has said that the Indian players and staff will most likely be asked to face two weeks of quarantine before the four-match Test series. 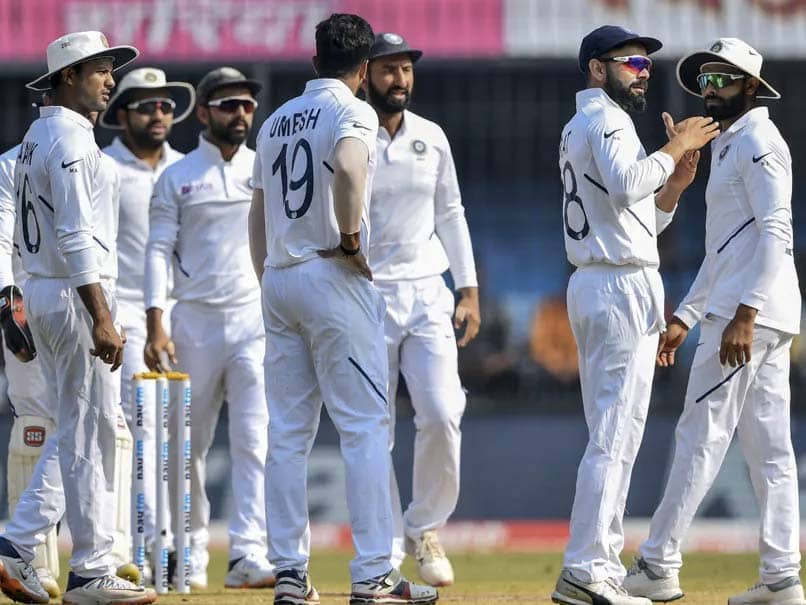 India are scheduled to tour Australia for a four-match Test series, which starts on Dec 3.© AFP

Cricket Australia's chief executive Nick Hockley has said that the Indian players and staff will most likely be asked to face two weeks of quarantine before the four-match Test series. This scenario will bring the Adelaide Oval and its newly constructed hotel firmly into view as the sort of bio-secure bubble, ESPNCricinfo reported.

India and Australia are slated to face each other in a four-match Test series, which is to begin from December 3 in Brisbane.

"The two-week quarantine is pretty well-defined. What we are working on is making sure that even within that quarantine environment, the players have got the absolute best training facilities, so that their preparation for the matches is as optimal as it can possibly be," ESPNCricinfo quoted Hockey as saying.

"Certainly the fact that the Adelaide Oval has a hotel. It does provide a facility not dissimilar to Old Trafford or Ageas Bowl where the hotels are integrated into the venue," he added.

Hockley also said that an exacting standard of biosecurity and testing would be applied before the series against India as the coronavirus cases are spiking in the subcontinent.

"It's widely known and it's unlikely that international travel restrictions would have lifted by the time that India will be due to come into the country. Clearly there will be testing regimes. We will be able to test people before that they get on to the plane and it is the nature of the situation of making sure we have the quarantine arrangements in line with government and health authority protocols," Hockley said.

"The key thing for the players is that there's regular testing and that we appropriately quarantine them when they come in and all of those plans are currently in development," he added.

The International Cricket Council (ICC) on Monday announced the postponement of the T20 World Cup 2020 which was slated to be held in Australia from October 18-November 15 due to the coronavirus pandemic.

Following the announcement, the BCCI is likely to go ahead with the Indian Premier League (IPL) in the October-November window. However, it is known where the T20 tournament will be played as coronavirus cases continue to rise in India.

"I think the BCCI has made no secrets that they are considering what that means for the IPL. For us, it's about getting a bit of an understanding and certainty around what that means. Clearly, in a normal course, some of our best players are obviously top picks for those IPL teams," Hockley said.

"It's a bit premature to speculate on that. We need to understand what the plans are if any and once we understand that we will make decisions accordingly," he added.