Indian Cricket Team a Win Away From Becoming World No. 1 in Tests Again

Indian cricket team won the historic 500th Test in Kanpur on Monday to take a 1-0 lead against New Zealand. India play the Kiwis in the second Test in Kolkata from September 30 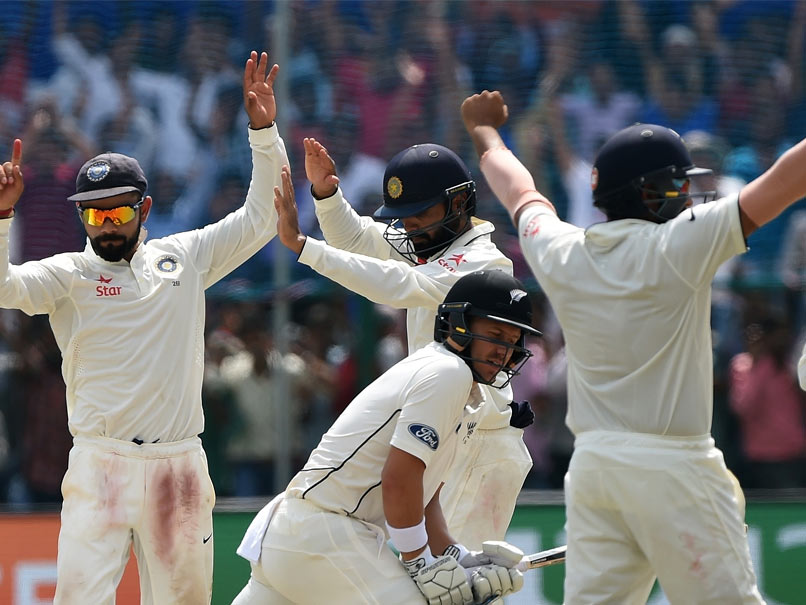 The Indian cricket team is just a win away from becoming the No. 1 Test side in the world again. The position is currently held by Pakistan.

According to the International Cricket Council's latest rankings, if the Indian cricket team win the second Test against New Zealand in Kolkata's Eden Gardens from September 30, they will win the three-match series and also reclaim the Test championship mace from their arch-rivals, Pakistan.

India beat New Zealand in the first Test in Kanpur by 197 runs. Victory in its 500th Test means India is now one win away from reclaiming their No. 1 position.

Indian cricket team, led by Virat Kohli, had entered the series trailing Pakistan by one point and needed to win the series to move ahead of its traditional rival.

The Kanpur Test saw Ravichandran Ashwin becoming the fastest Indian and second in the world to grab 200 Test wickets. His 10-wicket haul in Kanpur has reflected in the ICC rankings as well.

Ashwin's match haul of 10 for 225 has seen him overtake England's James Anderson by one point. He is now within seven points of number-one ranked Dale Steyn of South Africa, who leads the Test bowling rankings with 878 points.

Another strong performance in the Kolkata Test, which starts on Friday, will potentially see Ashwin top the bowling charts for the second time in 2016 after first claiming the number-one position last year following the Boxing Day Tests.