South Africa Women registered a series-clinching six-wicket win in a last ball thriller in the second T20I against India Women on Sunday. 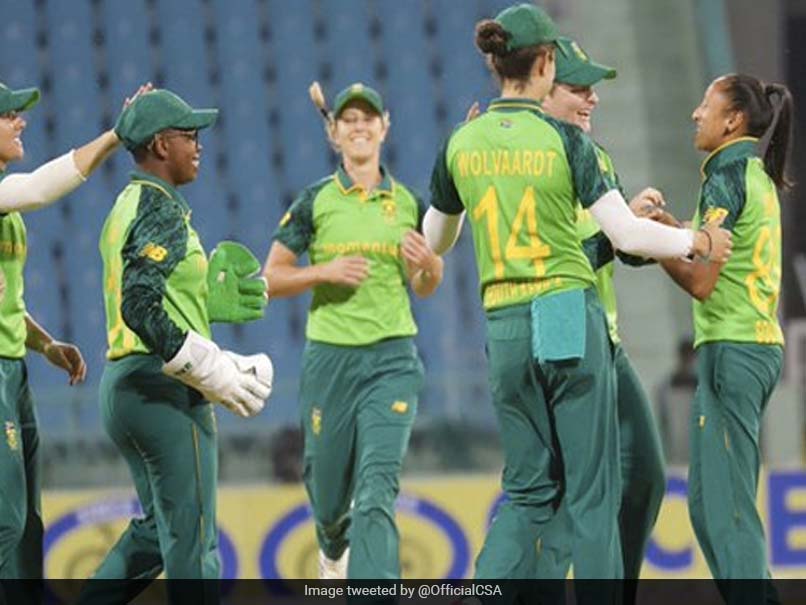 Indian women dished out a superb batting effort but their bowling colleagues failed to step up as South Africa women registered a series-clinching six-wicket win in a last ball thriller in the second T20 International on Sunday. Shafali Verma (47) blasted six fours and two sixes in her 31-ball innings and forged a 79-run stand with Harleen Deol (31) to set the foundation while Richa Ghosh provided the late charge with a 26-ball 44 not out to help India post a competitive 158 for 4 after being put in to bat.

Chasing the target, Lizelle Lee smashed a 45-ball 70 studded with 11 fours and a six, while Laura Wolvaardt slammed an unbeaten 39-ball 53 as South Africa romped home in the last ball.

Defending the total, left-arm spinner Rajeshwari Gayakwad got rid of Anne Bosch (2) early but Lee starred in two crucial partnerships, adding 58 with skipper Sune Luus (20) and then 50 with Laura to keep them in the hunt.

Once Luus was run out by Deepti Sharma (0/31) and Lee was caught and bowled by Radha Yadav (1/25), Laura took the onus on herself to take the team home.

Defending 19 off 12 balls, Harleen dismissed du Preez (10) in the first ball but she conceded two fours, leaving Arundhati Reddy nine to defend in the last over.

Needing six off last two balls, Reddy bowled a no ball which changed the complexion of the game as Laura took the team home in the last ball.

Earlier, opener Shafali set the platform while Ghosh provided the finishing touch as India Women posted a competitive 158 for 4.

Invited to bat, skipper Smriti Mandhana (7) once again fell early as she chased an outside delivery from Ismail only to edge it to the keeper in the second over.

Shafali, who looked watchful initially, smashed three fours in the fourth over to put the bowlers under pressure.

New batter Harleen Doel, who scored a fifty in the first T20I, sent Khaka across the backward point for her first boundary as India scored 31 for one in the first five overs.

Shafali then welcomed Nadine de Klerk with a straight hit across the fence before unleashing a massive heave for a six as India ended the powerplay at 41 for one.

Shafali got a life when she was dropped by Anne Bosch in the seventh over. Harleen then took Anne to the cleaners with back-to-back boundaries.

In the 10th over, both Shafali and Harleen scored a boundary each as Nadine de Klerk condeded 14 runs.

The India opener then sent N Mlaba for a six with a slog sweep but the bowler came back to clean her up in the last ball with Shafali looking for another slog in the leg-side.

Harleen too departed after she was caught by Ismail off Anne in the next over. Ghosh smashed three fours, while Jemimah Rodrigues (16) hit one as India amassed 18 runs off the 14th over bowled by Sune Luus.

South Africa Women India Women vs South Africa Women, 2nd T20I Cricket
Get the latest updates on SA vs IND 2021-22, check out the Schedule and Live Score . Like us on Facebook or follow us on Twitter for more sports updates. You can also download the NDTV Cricket app for Android or iOS.