Nic Pothas urged senior pro Angelo Mathews to do some soul searching as he can only come up with solutions to his wretched form as Sri Lanka lost fourth time to India inside three and half days in the last five Test matches. 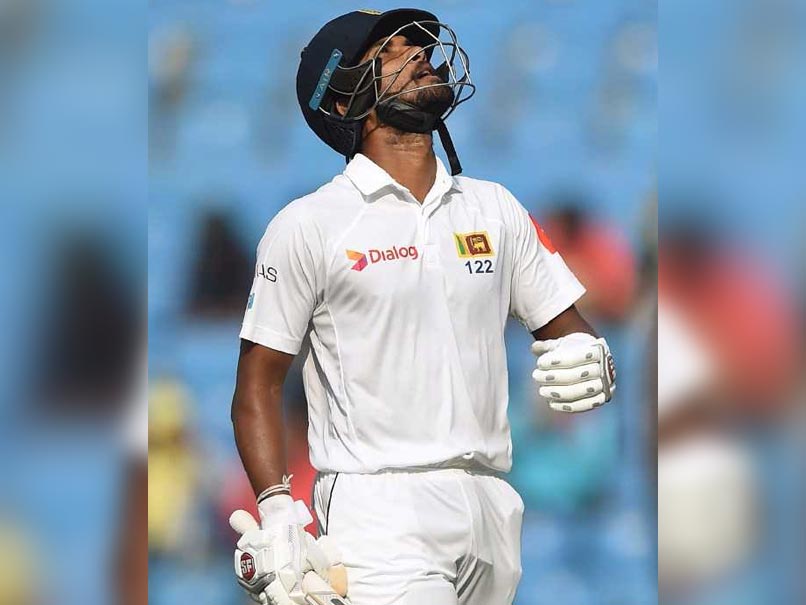 Sri Lanka interim coach Nic Pothas on Monday blasted his players after the poor show against India in the second Test at Nagpur and said that his team should be embarrassed after facing an innings defeat. Pothas made it clear that there is bound to be repercussions as plans have not been executed and some senior players like Angelo Mathews need to do some soul searching. "It is hugely disappointing because of the amount of work ethics that goes in behind the scenes. It is embarrassing (defeat). Players should be embarrassed with their own performances. Net practice means nothing if you don't get out and put runs on the board," Pothas' answer was in reference to Sri Lanka's scores of 205 and 166 in both innings of the match.

"You can talk all that you want to and plan a lot but at the end of the day you've got to execute plans. As a player, your currency is runs, wickets and catches. You can do all you like but if you are not producing them, obviously there will be repercussions. That's the world of professional sport."

Pothas urged senior pro Angelo Mathews to do some soul searching as he can only come up with solutions to his wretched form as Sri Lanka lost fourth time to India inside three and half days in the last five Test matches.

Mathews, who was expected to shoulder the burden of national team post Mahela Jayawardene and Kumar Sangakkara's departure, has scored a meagre 537 runs in 20 innings in his last 10 Tests at an average of 26.85.

"I have been only in place for six months and Angie hasn't played a lot of Test match cricket prior to one of these games. But you can count on numbers over a period of time.

"Your numbers will tell you a pretty good story about where you stand. You can look at yourself and ask what have I done," Pothas' reply made it clear that there are concerns about the veteran all-rounder's form.

Pothas hoped that Mathews would be able to sort out his technical issues after sessions with batting coach Thilan Samaraweera.

"It is tough when you are not playing continuously, especially to try and strike a rhythm when you do make a comeback. We have got Thilan Samaraweera as our batting coach with a good track record.

"I am sure he will sit down with Angelo and work things out. Angelo is a quality international cricketer and he is hurting at the moment because he takes immense amount of pride in his game.

"I have no doubt that with his ability he will come up with some answers. As coaches, we need to provide him with the best environment as possible in order for him to make the best chance."

Comments
Topics mentioned in this article
India Cricket Team Sri Lanka Cricket Team Nic Pothas Dinesh Chandimal Angelo Mathews Vidarbha Cricket Association Stadium, Nagpur India vs Sri Lanka 2017-18 Cricket
Get the latest updates on ICC T20 Worldcup 2022, check out the Schedule and Live Score. Like us on Facebook or follow us on Twitter for more sports updates. You can also download the NDTV Cricket app for Android or iOS.