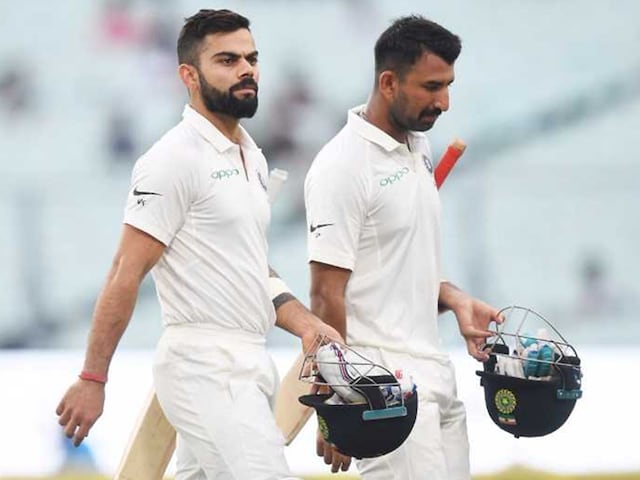 Former Sri Lankan middle-order batsman Russel Arnold on Thursday endorsed India captain Virat Kohli's view on scheduling, saying that frequent matches between the teams can lead to "boredom". On the eve of the first Test, Kohli had said the "overdose" of India-Sri Lanka cricket needed to be analysed as the islanders were touring for a return series in space of three months. "It's true... Constant cricket can become boring and does take the little buzz away. It's about ensuring different oppositions to keep it alive," the former Lankan finisher said further. Talking about the series, Arnold said Sri Lanka need to overcome the demons of the past to win their maiden Test in India.

"Initially the challenge for them is to forget history. India have been a very difficult place to travel even for better Sri Lankan teams," he said.

"The initial challenge is to forget how intimidating India have been in the recent past and perform to the best of ability.

"You got to be realistic. India are in a very good space at the moment. A lot of other teams envy India and the depth they have."

There is a big divide between the two teams, but Arnold strongly hoped they would challenge India after their success in Pakistan.

Having suffered a 0-9 humiliation against India at home across the three formats, Sri Lanka bounced back to defeat Pakistan 2-0 in a Test series.

"Sri Lankan are here to try and play, they are doing better now. You have to believe, try and perform to your potential."

For India, this series is seen as a preparation to their gruelling South Africa tour early next year when they travel for two months to play three Tests, six ODIs and three T20Is.

"It's the right way forward. India have depth, they should look at ways to better their game and the real challenge is going to come on the road," the 44-year-old said.

Justifying omission of Kusal Mendis in the squad, he said: "Of late, has been struggling with form in all formats.

It was like giving him a break to work on issues, and it's a good way forward investing in him. SL have given him break to refresh himself."

After his 110 against India in the Colombo Test, Mendis has been struggling and went through 13 innings without a half-century and was dropped from the ODI side after the second game in Abu Dhabi.

Comments
Topics mentioned in this article
India Cricket Team Sri Lanka Cricket Team Virat Kohli Russel Arnold Eden Gardens India vs Sri Lanka 2017-18 Cricket
Get the latest Cricket news, check out the India cricket schedule, Cricket live score . Like us on Facebook or follow us on Twitter for more sports updates. You can also download the NDTV Cricket app for Android or iOS.