India vs New Zealand: I Will Miss Playing Cricket, But Body Will Be At Peace, Says Ashish Nehra

Ashish Nehra was asked by skipper Virat Kohli to bowl the last over the first T20 match, which India won by 53 runs. 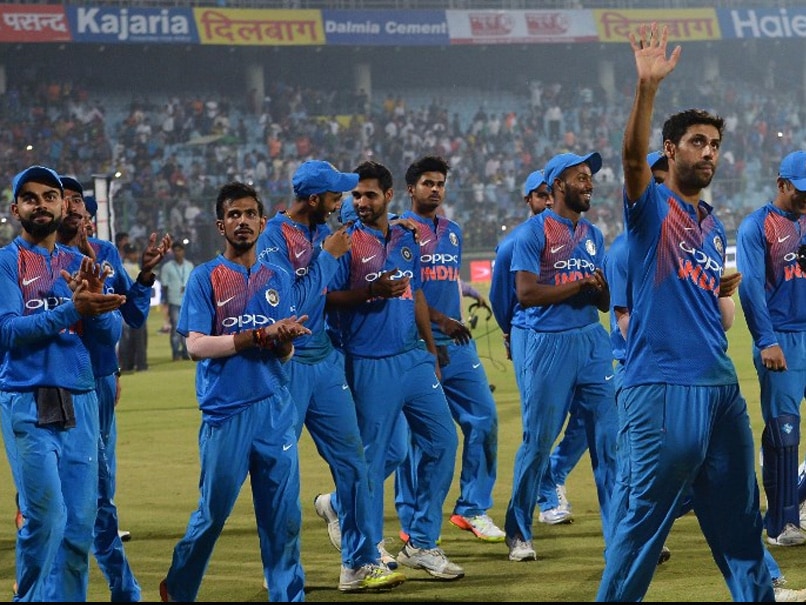 Ashish Nehra was given a grand farewell by his teammates.© AFP

Ashish Nehra ended the last match of his international career wicketless but that did not wipe the evergreen smile from the 38-year-old's face. After calling time on his 18-year-long career, Nehra, in a post-match conversation with former Indian cricketer Sanjay Manjrekar said that his body will be at peace now as he retires. He further added that he could have played for a couple of years more but this time couldn't have been better to walk away. He further remarked that he must be the one bowler who bowled the most number of last overs for India. "I will miss all this. That's what you train for. One thing which will definitely be at peace will be my body. I said earlier that I can go a couple more years, but there can't be a better time to walk away," Nehra said.

Farewell to the man of the moment - Ashish Nehra #ThankYouAshishNehra pic.twitter.com/onuPCxU4r6

Nehra was asked by skipper Virat Kohli to bowl the last over of the first T20 match against New Zealand, which India won by 53 runs.

"I must be the one bowler who sent down the last over most number of times for India. But those times were different. There was no pressure today."

Nehra said the game has changed a lot since he started playing.

"I played my first game here in 1997. The rules have changed and so many runs are being scored. But whatever happens, this team is here to stay. The future of Indian cricket is in safe hands for the next six-seven years," he said.

Nehra said there are few moments that define cricketers and such moments also create their image.

"I have played under many different people, but it has been a memorable journey. I was telling Viru also this; he scored so many runs, but people still call him Multan ka Sultan, so you are remembered for a particular moment," he said.

Nehra stopped playing Test cricket many years back but he has no regrets.

"At times, you pick up wickets off bad balls, but as a cricketer, you in front of a mirror need to realise how well you are playing and what you need to do. There are so many people who asked me if I would have liked to play Test cricket. But you can see the glass as half-full or half-empty.

"I last played Test cricket when I was 24 or 25, but at the end, to have played for 18 years and to be here standing in blue clothing and to have played my final match, I could not have asked for anything more. I have no regrets. I am always happy, retired or otherwise."

Comments
Topics mentioned in this article
India Cricket Team New Zealand Cricket Team Ashish Nehra Virat Kohli India vs New Zealand Cricket
Get the latest updates on ICC T20 Worldcup 2022 and CWG 2022 check out the Schedule, Live Score and Medals Tally. Like us on Facebook or follow us on Twitter for more sports updates. You can also download the NDTV Cricket app for Android or iOS.