Bangladesh will feature in a two-day practice match against India A before the one-off Test in Hyderabad, which will be Tigers' first in India since gaining ICC Full Member status in 2000. 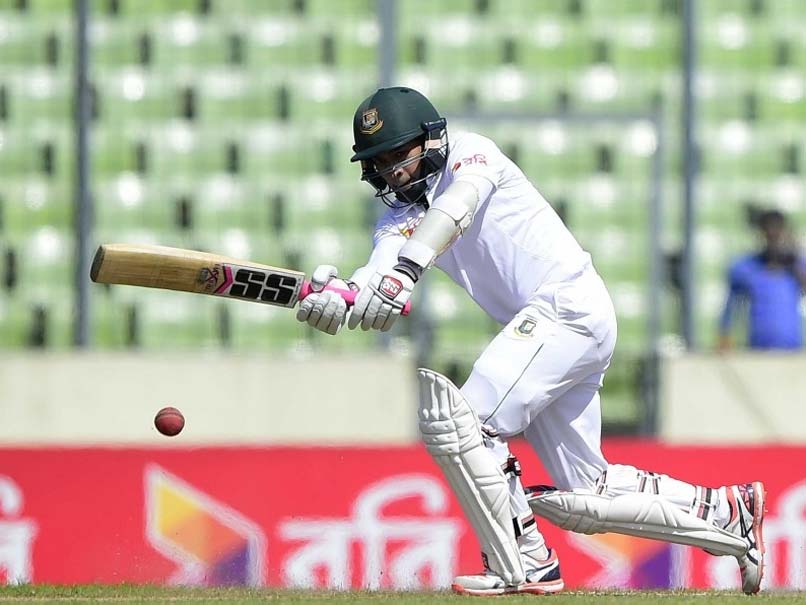 Mushfiqur Rahim refused to term the one-off Test as a "historic" one.© AFP

Bangladesh captain Mushfiqur Rahim has said that his side is looking forward to give a good account of itself and tell how the cricket world what it can do in the one-off Test match against India, to be held in Hyderabad next week.

"We want to tell world cricket what we can do in India. I don't think about how many years later we are going to play in India. We want to play in such a way that India invites again and again. This to me is just another Test match," he said.

Bangladesh will feature in a two-day practice match against India A before the one-off Test in Hyderabad, which will be Tigers' first in India since gaining ICC Full Member status in 2000.

However, Mushfiqur refused to term the one-off Test as a "historic" one.

"I'm a little surprised, I don't believe that this is a historic Test. Take for example when we play against Zimbabwe. The pressure is more because if we lose against them then there is nothing more shameful than that. I will say that it is better that we are going there now and not five years ago," Mushfiqur told 'ESPNcricinfo'.

The 29-year-old, who has made a come back to the Test squad after missing Bangladesh's last game in New Zealand due to a finger injury, hopes that his team puts together a collective performance.

"I hope that the recent performers will hold on to their form and put together a team performance. And to those who haven't done well in the recent past, you have a chance to give a good account of yourself," he said.

"A team effort will give us a good result. They have a strong squad, and are always really good in their home conditions. We want to do well against them over five days, and not just two or three days."

Mushfiqur feels that Bangladesh are a well balance side. "No matter what conditions they offer, we have a balanced side. We have enough pacers and spinners and depth in batting.

I think our batsmen will have a challenge in their hands against their world-class attack. As a bowling unit we are inexperienced, but one or two bowlers did do well in New Zealand (where they lost both Tests). If we can perform as a team we can do well against any other good team," Mushfiqur concluded.

Comments
Topics mentioned in this article
India Cricket Team Bangladesh Cricket Team Cricket Mushfiqur Rahim
Get the latest updates on ICC T20 Worldcup 2022 and CWG 2022 check out the Schedule, Live Score and Medals Tally. Like us on Facebook or follow us on Twitter for more sports updates. You can also download the NDTV Cricket app for Android or iOS.