The ODI series starts on September 17 at Chennai. 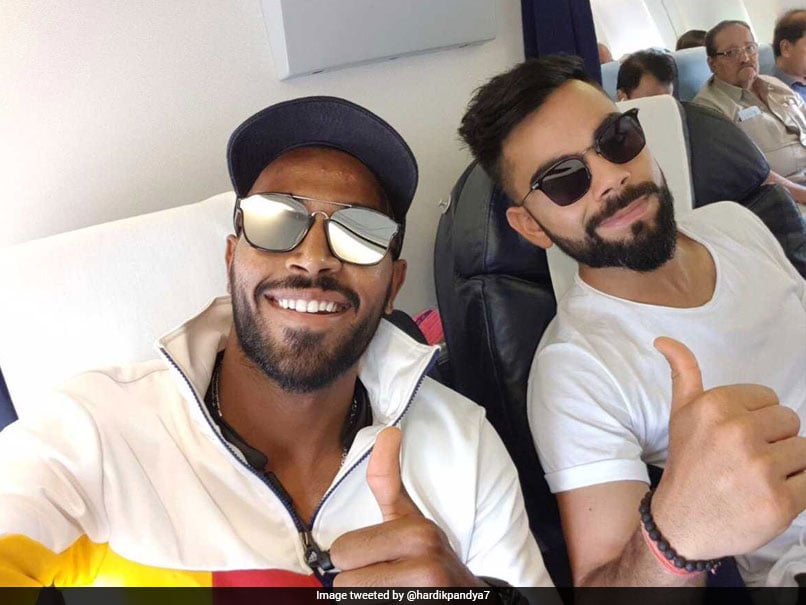 The Indian cricket team registered a 9-0 sweep across formats over Sri Lanka and is now all set for another assignment - the Australia series. With the country all keyed up for the first match of the five-match ODI series at Chennai on September 17, all-rounder Hardik Pandya reflected this excitement for the limited-overs series and tweeted a selfie with captain Virat Kohli. "Off to Chennai! Really excited for the series! With the skipper himself @imVkohli."

Off to Chennai! ??
Really excited for the series! ????
With the skipper himself @imVkohli. pic.twitter.com/QzqsgQTSpr

Pandya is among the most exciting cricketers in the world at the moment.

After making a mark in limited-overs cricket, he scored his maiden Test ton in the recently-concluded series against Sri Lanka.

Pandya scored 108 off 96 balls to help India post 487 in their first innings of the Pallekele Test, which India won by an innings and 171 runs.

The all-rounder scored 178 runs in 3 Tests at an average of 59.33. He scored one century and a fifty in the series.

Comments
Topics mentioned in this article
India Cricket Team Australia Cricket Team Hardik Pandya Virat Kohli Cricket
Get the latest updates on IPL 2020, check out the IPL Schedule for 2020 and Indian Premier League (IPL) Cricket live score . Like us on Facebook or follow us on Twitter for more sports updates. You can also download the NDTV Cricket app for Android or iOS.