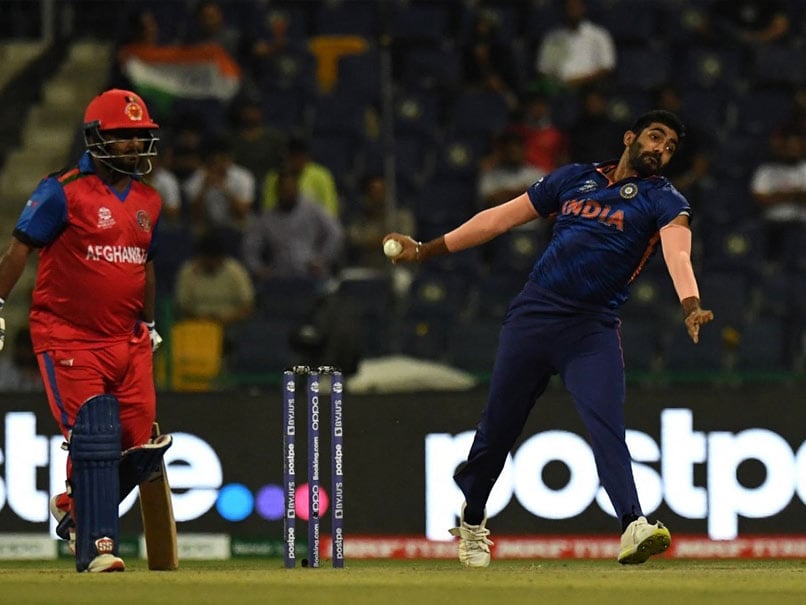 Pacer Mohammed Shami finished with a fine three-wicket haul while spinner Ravichandran Ashwin claimed two wickets on his return to the T20 side as India registered a comfortable 66-run victory and got their campaign going against Afghanistan in the ongoing T20 World Cup 2021 at the Sheikh Zayed Stadium In Abu Dhabi. Chasing a mammoth 211 runs for victory, Afghanistan stumbled from the start and failed to stitch together important partnerships. The Indian bowlers, including pacer Jasprit Bumrah and spinner Ravindra Jadeja, bowled tight lines and lengths to restrict the batting side to 144/7 in 20 overs. Batting first, KL Rahul and Rohit Sharma scored incredible half-centuries to help India get off to a good start with an opening partnership of 140 runs. Rahul was dismissed after scoring 69 runs off 48 balls while Rohit departed for 74 runs in just 47 deliveries. Rishabh Pant (27*) and Hardik Pandya (35*) gave the finishing touches to help the team cross the 200-run mark.

This is India's second highest team total in the history of the tournament. Both openers played great shots and managed to hit boundaries and sixes at will to give the team a flying start, something that India failed to achieve in their matches against Pakistan and New Zealand. They brought up a century partnership in the 12th over. India vs Afghanistan is a crucial match for Virat Kohli's team as India need to win the match by a huge margin to keep their semi-final hopes alive. Earlier, Afghanistan captain Mohammad Nabi won the toss and decided to bowl. During the toss, Virat Kohli revealed that Varun Chakravarthy was suffering a niggle and therefore was replaced by Ravichandran Ashwin. Suryakumar Yadav was also declared fit and replaced Ishan Kishan. (SCORECARD)