India to Host Bangladesh in a Test Match For First Time

Bangladesh will finally get to play a Test in India as the Board of Control for Cricket in India announced the date for a one-off Test in February. 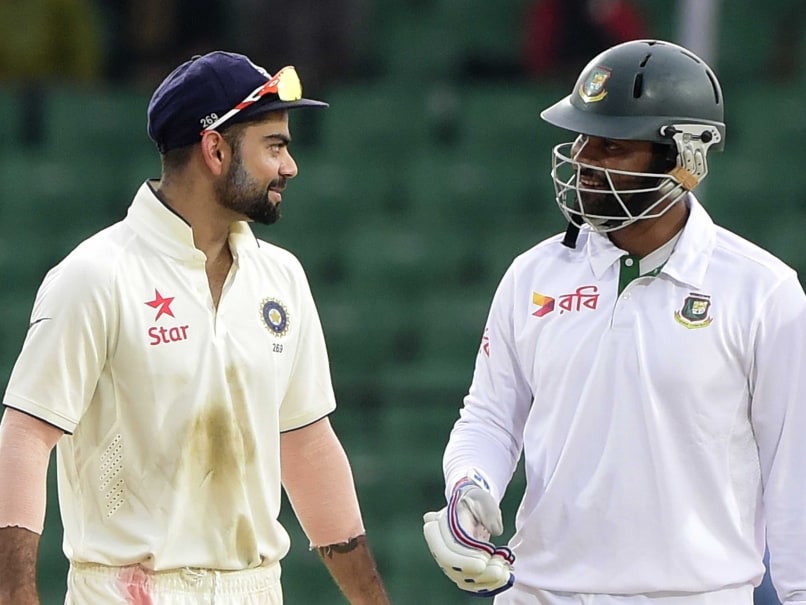 Bangladesh are all set to play a Test in India for the first time.© AFP

Bangladesh's Test cricket journey began on November 10, 2000 with a one-off Test against India at the Bangabandhu stadium. In 16 years, they have achieved limited success with a series win only against Zimbabwe in 2005. During this period, they have played Tests in all the major countries except India. However, all that will change in 2017.

The Board of Control for Cricket in India have announced that Bangladesh will play a one-off Test against India in Hyderabad. The date for the Test match is from February 8 to 12.

Speaking on the development, Bangladesh Cricket Board president Nazmul Hossain said, "This will be a much anticipated game and given the competitive nature of their limited overs matches in the recent past, I believe the clash between these two cricket crazy nations will catch the imagination."

India have traveled to Bangladesh five times and they have not lost any of their matches.

Comments
Topics mentioned in this article
India Cricket Team Bangladesh Cricket Team Virat Kohli Cricket
Get the latest updates on India vs South Africa and check out  Schedule, Results and Live Score. Like us on Facebook or follow us on Twitter for more sports updates. You can also download the NDTV Cricket app for Android or iOS.