Mohammad Hafeez said India did not show intent against England in the 2019 World Cup, but blamed their own mistakes for Pakistan's exit. 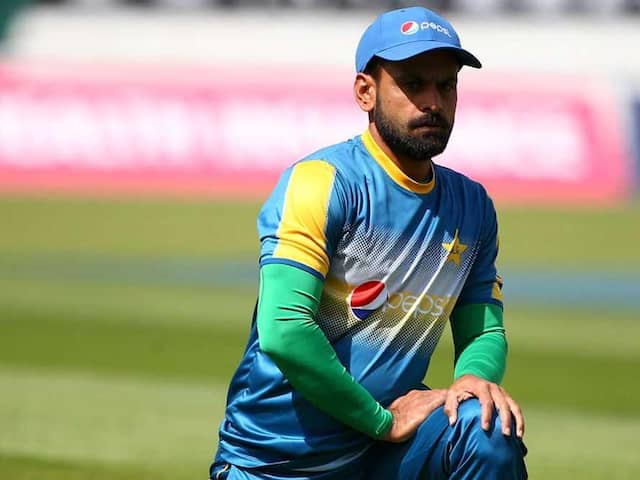 Pakistan all-rounder Mohammad Hafeez has said that according to him, India did not have the intent to win the World Cup 2019 match against England. However, Hafeez also said that the match between India-England cannot be singled out as the main reason for Pakistan getting knocked out of the tournament. "If you show that match to any cricket fan 100 times, the fan would take only one result from that game, the intent to play with spirit was not there. I do not know how much that result affected anyone, Pakistan team was not eliminated from the tournament on the basis of India-England match," Hafeez told reporters in a virtual press conference.

"We played well in the 2019 World Cup but we were eliminated because of our mistakes only. I do not blame anyone else for our failure. We should not think that we bowed out of the tournament on the basis of one other result," he added.

The debate regarding India's performance against England has once again heated up after England all-rounder Ben Stokes questioned the Men in Blue's intent in his book titled 'On Fire'.

In his book, Stokes said that he was surprised with India's intent in the group-stage match but nowhere has he suggested that India lost deliberately.

"I watched that entire match Ben Stokes talked about in his book, why did he write that only he can tell you about that, but according to me there was no intent for winning the match," Hafeez concluded on the matter.

In the round-robin stage match against England in Birmingham in the 2019 World Cup, India failed to chase down the massive target of 338 and fell short by 31 runs.

That was the only game that India lost in the premier tournament last year before the semi-final loss against the Kiwis.

India's chasing approach of the massive target was criticised by many, in particular of wicket-keeper batsman Dhoni, including the fans at home.

As soon as Stokes mentioned Dhoni's lack of intent in his book 'On Fire', Pakistan fans started saying that India deliberately lost the match to knock out their neighbours.

However, Stokes clarified that he never said India lost deliberately and some people were twisting his words.

Pakistan had lost its first group stage match against West Indies by a whopping margin in the 2019 World Cup and this in turn affected their net run-rate and it can be a viewed as a big reason for the team not making it to the semi-finals.