India's Loss in World Cup Semis: Does There Have to be a Villain?

There is no shame in losing in the semifinal of a World Cup and the loss can't be pinned on just a few players. There doesn't have to be a villain of the piece. 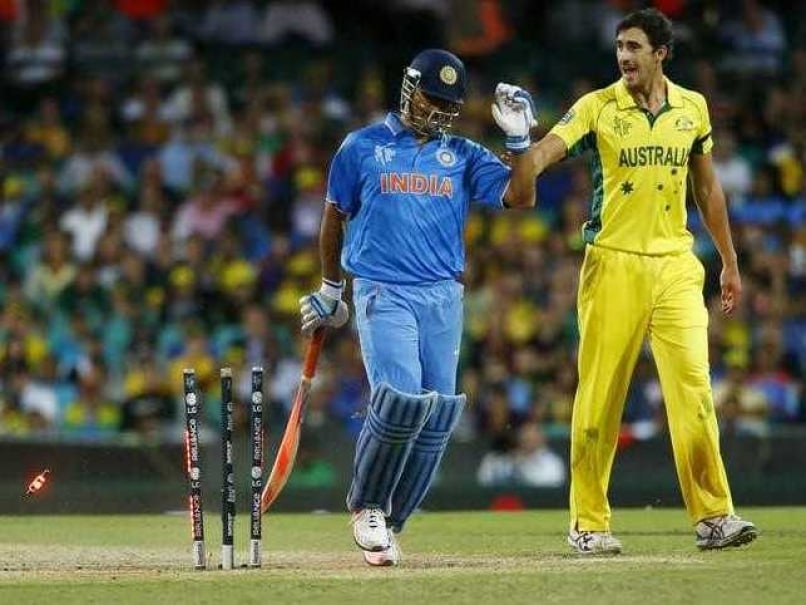 Only two teams (West Indies and Australia) have successfully defended the ICC World Cup title. That statistic will remain the same for at least another 4 years. India's campaign at the World Cup is over. The defending champions won 7 matches on the trot, but fell at the penultimate hurdle. Over a billion hearts in the country and countless across the world were broken. After all, it's not easy to swallow a loss for the Men in Blue, especially when they were so close to clinching the top prize in ODI cricket. It's natural to feel sad, to be left stunned at the margin of the loss. Some fans cried, others covered their eyes, some others fell completely silent, as they saw their dream shatter into a million pieces in front of their eyes. All that is natural. The question is - what are you feeling? Is it anger? Because if it is, then that is unnatural. In sport, a winner can only be crowned when the other team loses. There is no shame in losing in the semifinal of a World Cup and the loss can't be pinned on just a few players. There doesn't have to be a villain of the piece. (Full World Cup Coverage)

Unfortunately, not a lot of people see it that way. Some fans smashed television sets, while others burnt posters of players. Sections of the Indian media felt the loss was shameful, but is that really surprising? NDTV World Cup expert and former India captain Sunil Gavaskar wasn't surprised. Gavaskar told NDTV, "There has been disappointment and there will always be that odd section that will go over the top but that is part of Indian cricket. I think we go over the top when they do well and over the top when they do badly as well. That's par for the course as far as Indian cricket is concerned." (Australian Media Slam MS Dhoni)

In the 1980s, according to reports, Indian and Pakistani cricketers were genuinely scared of violence by fans if they lost to the arch rivals. Players' houses have been attacked in the past. Have things changed now? Maybe the violence is much more subdued, but what is scary is that the mindset seems to still be the same. On Thursday, MS Dhoni was the only Indian player who scored a fifty. Only 5 of the 10 players had  double digit scores. So are the fans angry with the 'star' players and the fact that some of them didn't do well? Perhaps. As former Australian captain Ian Chappell pointed out, "I have always thought that the difference between Australian fans and Indian fans is that if Sachin (Tendulkar) made a 100 and India lost, the fans were pretty happy, probably a little disappointed that India lost, but pretty happy that their star player made a 100. If Ricky Ponting made a duck and Australia won, the Australian fans were happy because they wanted the team to win." Cricket, though is not an individual sport. Dhoni, Kohli or Dhawan didn't lose on Thursday, India did. No one player was the villain.

India's 95 run loss was the heaviest, in terms of runs, in a World Cup semifinal. So was it the margin of defeat that angered some fans and sections of the media? Sure, going by India's resurgence, the match was a 50-50 call, but is it really surprising that Australia, who are the number 1 ODI team in the world, won? Former West Indies captain Brian Lara had picked India as the winner before the semifinal clash, but even he later admitted, "The result was expected. With India's rise over the last 6 weeks you think India can give themselves an opportunity to defeat Australia, but Australia have been the better team and they proved that. The best two teams are now in the final." VVS Laxman echoed that sentiment, saying, "India handled pressure well, I just think the Aussies were better equipped." The Australians outplayed India, but that doesn't mean the Indian players didn't give it their all. When Rafael Nadal beats Roger Federer, Federer fans (at least most of them) don't accuse Federer of not giving it his best shot.

Even if you forget about the 3 'minnows' that India beat, you can't ignore the wins against Pakistan, South Africa, West Indies and even Bangladesh in a knockout match. The way this team picked itself up after a disappointing summer Down Under was spectacular. The way the bowling, often called the biggest chink in the Indian armour, came together to become a potent force was fascinating to watch. The way the Dhoni of old, who marshals his troops like a General leading from the front, inspired the team to 7 straight wins would have given the true cricket lovers a lot to smile about.

Yes the wait for a 3rd ODI World Cup title will now be a longer one, but then, not too many fans would have backed India to reach the semifinals, and they did. They just ran into a superior team on the day, a team that they haven't beaten in either Tests or ODIs since December last year, a team they were playing in their own backyard. Cricket is a sport, it's not war and no one likes a sore loser.

Comments
Topics mentioned in this article
India Cricket Team World Cup 2015 Cricket
Get the latest updates on ICC T20 Worldcup 2022 and CWG 2022 check out the Schedule, Live Score and Medals Tally. Like us on Facebook or follow us on Twitter for more sports updates. You can also download the NDTV Cricket app for Android or iOS.