India A team will undergo a rigorous conditioning camp at National Cricket Academy, before they embark on their tour to Australia 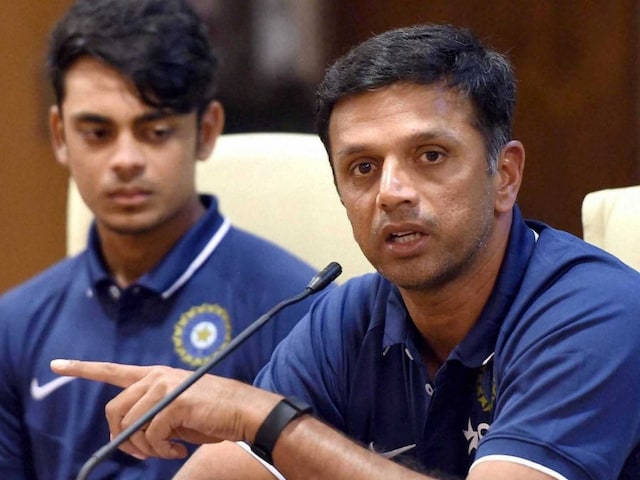 Former Indian skipper Rahul Dravid is the coach of India A team.© PTI

The India 'A' team will undergo strength and conditioning camp at the National Cricket Academy from July 12 to 17 as part of their preparation for the upcoming tour of Australia.

"The week-long programme aims to prepare the team for the forthcoming tour of Australia where they are scheduled to play one-day quadrangular series followed by two four-day games," BCCI said in a release.

The camp for the Naman Ojha-led 16-member squad will be conducted by team physiotherapist, Yogesh Parmar and trainer Anand Date in conjunction with NCA chief physiotherapist, Andrew Leipus and NCA trainer Rajinikant.

Coach Rahul Dravid will also address the team during the course of the camp.

India A will play their first match in the quadrangular series against hosts Australia A on August 14.

The other two teams in the tournament are South Africa A and National Performance Squad. India A will also play two Test matches against Australia A are scheduled for September 8 to 11 and September 15 to 18 in Brisbane.

Comments
Topics mentioned in this article
Cricket Naman Ojha Kedar Jadhav Manish Pandey Faiz Fazal Rahul Dravid
Get the latest Cricket news, check out the India cricket schedule, Cricket live score . Like us on Facebook or follow us on Twitter for more sports updates. You can also download the NDTV Cricket app for Android or iOS.