India vs South Africa, 5th ODI: Not Easy To Come Back After 15 Months And Play With Intensity, Says Coach WV Raman

India women's team coach WV Raman said the team "lacked the game time" and were short in terms of "mental stamina and cricketing fitness," after their 4-1 loss to South Africa in ODI series. 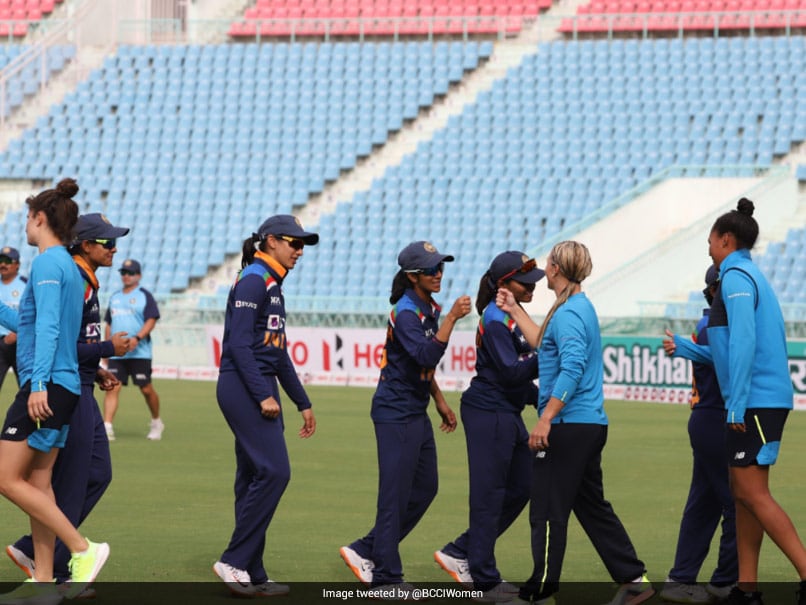 After suffering a 4-1 loss in the five-match series against South Africa, India women's team coach WV Raman on Wednesday said that it is not easy for anyone to come back after 15 months of break and start playing matches with 100 per cent intensity. The just-concluded ODI series against South Africa marked the return of the Indian women's cricket team to the field. The side had last played in the final of the T20 World Cup 2020 after which all international sport came to a halt due to the coronavirus pandemic.

"As far as selectorial issues are concerned, I think it's only fair that I talk to them if required and I talk to them directly. In terms of what transpired in this series, it is very simple. The girls lacked the game time and they were all short in terms of mental stamina and cricketing fitness," said WV Raman during a virtual press conference.

"By that, I mean it's not easy to come back after 15 months and play the ODI series with the intensity and focus that is required to put the opposition under pressure.

"These things do happen to the best of players and teams. I am sure the girls will work on it, I have seen them do it in the past and I have no doubt that they will do that in the future as well," he added.

When ANI asked Raman whether setting targets is getting difficult for teams in international cricket, Raman said: "It depends on the conditions, it depends on the kind of attack you bat against.

"It is very difficult to set a target, it's very easy to lose the game in the first 15 overs, but in trying to be greedy and trying to post a huge score, you might suddenly lose a few wickets and start staring down the barrel too early," he said.

"So you have to take this thing as it unfolds on the field and perhaps think about the situation when two-thirds of the game has finished and see what needs to be done."

Harmanpreet Kaur had retired hurt during India's innings in the fifth and final ODI.

Giving a fitness update on the ODI vice-captain and T20I skipper, Raman said: "From what I gather, she has sustained a hip strain Grade 1 and it will be monitored and all the necessary procedures will be followed.

"I do not think it is a serious injury, we might see her take the field in the T20I series, as things stand now."

Talking about the positives from the series against Proteas, Raman said: "As far as the positives are concerned, the batting unit is getting into its groove.

"Not all of them got big scores, I think what probably did not go in our favour was the fact that bowlers could not be consistent enough but there is no blaming them at all.

"It was expected and the other fact is that you cannot think of something which is done well by the other team and try to imitate them. We have to try to get into the groove and then see what we need to do."

Answering a question on whether the Indian team knows about their Future Tours Programme (FTP) apart from the one-off Test announced by the BCCI Secretary Jay Shah, Raman replied: "The one thing I know for certain is that we will be figuring in a T20I series in a couple of days time and of course, lot of things will be planned and executed in the months to come.

"There are quite a few series which are being planned and I am sure it will happen. As of now, I cannot tell you for certain about the rest of the series that might happen in the future."

India Women Cricket
Get the latest updates on SA vs IND 2021-22, check out the Schedule and Live Score . Like us on Facebook or follow us on Twitter for more sports updates. You can also download the NDTV Cricket app for Android or iOS.