Lizelle Lee rose up seven spots to go to the top of ICC ODI rankings for batters after showing great form in the series against India Women. 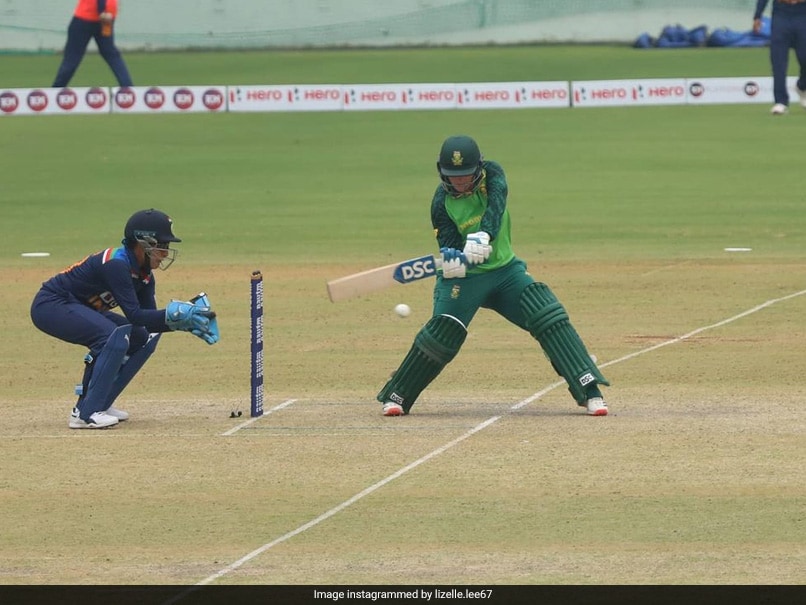 Lizelle Lee has hit one century and two half-centuries in the four ODIs against India Women so far.© Instagram

South Africa opener Lizelle Lee has shot up seven spots to become the top-ranked batter in the latest ICC Women's ODI Player Rankings released on Tuesday. Riding on the back of a fabulous run in the ongoing series against India, Lee displaced Tammy Beaumont from the top spot. India opener Punam Raut has also moved up eight places to take the 18th position. Raut, who has held a career-high ranking of 13th, is fourth in the list among Indian batters after Mandhana (seventh) Mithali (ninth) and Harmanpreet Kaur (15th). Raut has been in fine form and had hit 62 not out, 77, and 104 not out in her last three ODIs.

Harmanpreet is up two places among batters and has gained three places to reach 49th position in the bowling list.

Left-arm spinner Rajeshwari Gayakwad is another one to make notable gains, gaining four slots to reach 18th among bowlers with five wickets in three matches and advancing five places to 71st among batters.

Sushma Verma (up three places to 81st among batters) and Mansi Joshi (up five places to 64th among bowlers) have also gained in the latest weekly update.

Coming back to Lee, the Proteas batter had scores of four, 132 not out, and 69 in the three matches during the past week after having already moved from 11th to eighth the previous week with an unbeaten 83 in the series opener.

This is the second time that Lee has topped the ODI batting charts, having earlier taken the number one position in June 2018 when she had slammed 117 against England at Hove. Her reign that time only lasted for three days as she was overtaken by Australia's Ellyse Perry. Lee remains the only South African to top the women's ODI batting rankings.

Laura Goodall, whose career-best 59 not out helped seal the decisive win in Lucknow, has gained 27 places to reach 48th position while off-spinner Nondumiso Shangase has moved up 18 places to 68th among bowlers. Ayabonga Khaka has advanced one place to ninth among bowlers and gained two slots to reach 100th among batters.

South Africa Women Poonam Raut Cricket
Get the latest updates on ICC T20 Worldcup 2022 and CWG 2022 check out the Schedule, Live Score and Medals Tally. Like us on Facebook or follow us on Twitter for more sports updates. You can also download the NDTV Cricket app for Android or iOS.