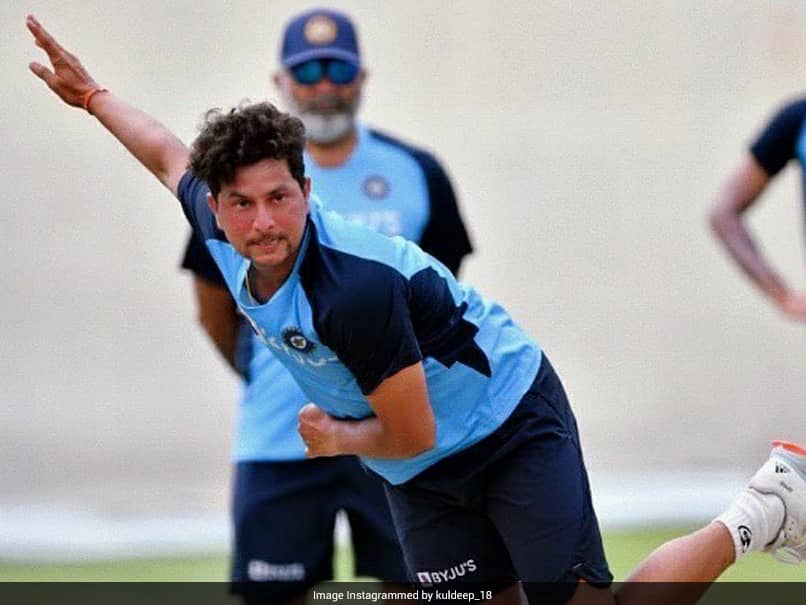 Kuldeep Yadav picked up a five-wicket haul in his last Test match.© Instagram

Team India bowling coach, Bharat Arun lavished praise on Kuldeep Yadav and said that the left-arm spinner is bowling magnificently and will show what he can do in the upcoming series against England. India are scheduled to play four Test matches at home against England and Bharat Arun feels Kuldeep will come into the scheme of things when the home series gets underway next month. Bharat Arun was addressing the media in an online press conference where he mentioned that the 26-year-old spinner is working hard on his bowling despite not getting a chance to play Test cricket for over 12 months.

"Kuldeep is working hard enough, he has been brilliant. I think horses for courses is the best thing. And when Kuldeep gets a chance to play, he will show what he can do because I think he is bowling magnificently now. And in India, when we play four Test matches (against England) that'll be his time," Bharat Arun said.

The Board of Control for Cricket in India (BCCI) posted a snippet from the press conference where the bowling coach applauded the whole bowling unit, particularly the spin twins -- Ravichandran Ashwin and Ravindra Jadeja.

Bowling coach B Arun felt the Chinaman will make a difference in the next tour & also lauded the team's overall bowling performance in Australia #TeamIndia pic.twitter.com/DjRJLks8Gy

Kuldeep last played a Test way back in January 2019 in a drawn contest in Sydney.

The left-arm spinner had picked up a five-wicket haul in that match.

Last year, Kuldeep travelled with the team to New Zealand but did not get to play in any of the two Test matches on the tour.

Kuldeep has played only six Test matches for India and already has 24 wickets next to his name, including two five-wicket hauls.