New ICC chairman Greg Barclay feels that the current cricket calendar has a lot of problems due to the World Test Championship which was fitted in to popularise the format, something that didn't happen. 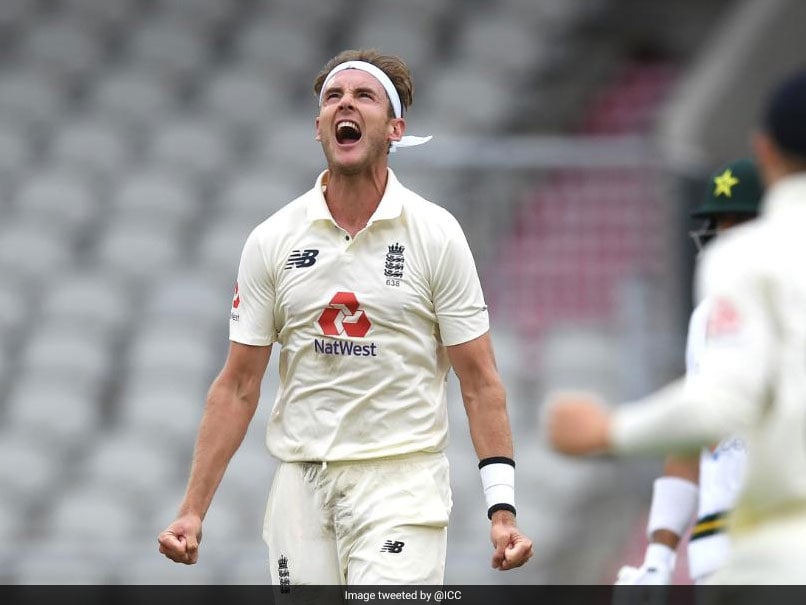 The International Cricket Council's (ICC) newly-elected chairman Greg Barclay on Monday conceded that the ambitious World Test Championship hasn't quite achieved what it intended to and the disruption caused by COVID-19 has only highlighted its "shortcomings". The World Test Championship schedule has been thrown haywire by the pandemic and the ICC has come up with a percentage allocation of points as all the scheduled series before the 2021 final at the Lord's cannot be completed in a short span of time.

Has the Test Championship given the format a fillip that it was meant to?

"In short, I don't think so. The COVID has probably highlighted its shortcomings of the championship," Barclay, who took charge earlier this month, said during a virtual media conference.

The New Zealander feels that a lot of problems with the current cricketing calendar is due to the World Test Championship which was fitted in to popularise the format, something that didn't happen, according to him.

"...the issues that we have already got, I wonder whether some of it was because of an attempt to develop a Test Championship, clearly designed to drive interest back into Test cricket, provide a bit of context and relevance around the Test matches," he said.

While it was good in theory but has probably flopped in practice. "From an idealist's point of view, probably it had a lot of merit but practically, I do disagree, I am not sure whether it has achieved what it intended to do," he said.

In fact, Barclay dropped a hint that the inaugural WTC could well be the last one as smaller members can't afford Test cricket championship anymore. "My personal view is let's get through with the little bit that we can in this COVID-19, with reallocation of points and all that.

"...but once we have done that, let's go back to the drawing board as I am not quite sure whether it (WTC) entirely fits the purpose and has achieved what it intended to after being conceptualised four to five years back.

"I think we need to look at it in context of calendar and not put cricketers in a situation where it's a lot more worse and not going to help us," the New Zealand lawyer asserted.

He revealed that he does have support among some full member nations on the matter. "Yeah, I think there would be some countries. It is difficult for some of the full members as they simply can't afford to play Test cricket.

"Test cricket has got its legacy and I am a purist but I do accept that as much as I want to keep it as it is, less and less countries are able to afford that arrangement and are able to play it.

"Very few countries can make it work from a financial point of view," Barclay spoke about the crux of the matter. Calling himself a realist, he agreed that the current calendar needs a revamp. While he believes that T20 leagues are here to stay as they assist the financial health of the member boards, he wants bilateral series with context as players' safety as well as physical and mental health will be paramount in coming days.

"My view is that, I think all forms of cricket need to be taken into account. You are right, the calender is increasingly becoming congested and something has to give in somewhere."

It is a sort of compromise that member nations need to strike. "...but I do respect that each country has the right to develop its own domestic league given it meets the ICC requirements and is properly sanctioned," he said.

"Clearly there is a demand from the playing point of view and commercial partnering perspective. So let's accept that domestic leagues are here to stay and they have been tremendously contributing to the growth of the really exciting product like the IPL, BBL and CPL."

For him, bilateral events should have a context and profile. "...it's an incredibly difficult juggling act to get in there and also, we need to have enough conversations regarding players' health safety. I don't think we have had enough conversations.

"Some of the focus needs to be on the integrity aspect of the game and we need to have competitions which are relevant and have context."

Barclay also made it clear that he would like the ICC to maintain its elite standard of competitions when asked about having extra events, which the world body had informally proposed only to be rejected by members.

"Bilateral cricket is fundamentally important to member countries. ICC runs very, very good events, all countries must have an opportunity to take part in these events.

"I am a fan of maintaining ICC events which are world class but at the same time, giving an opportunity to members to have bilateral cricket."

While making it clear that he would like to see a lot of Indo-Pak bilateral cricket, he maintained that it's "not his mandate" and he understands that there are "geo-political" considerations in play.

About India's "blow hot blow cold" relations with the ICC, Barclay said that everyone acknowledges the importance of a strong member board like the BCCI.

"India is a massively important part of world cricket. Like all families, we have general squabbles but India recognises that ICC needs Indian cricket. We have been able to navigate through differences if any."

Comments
Topics mentioned in this article
International Cricket Council Cricket
Get the latest updates on IPL Auction 2023 and check out  IPL 2023 and Live Cricket Score. Like us on Facebook or follow us on Twitter for more sports updates. You can also download the NDTV Cricket app for Android or iOS.