In the wake of the ball tampering incident by Australian cricketers against South Africa, ICC Chief Executive Dave Richardson has called for "stricter and heavier sanction" for any such act as well as showing lack of respect for the game. 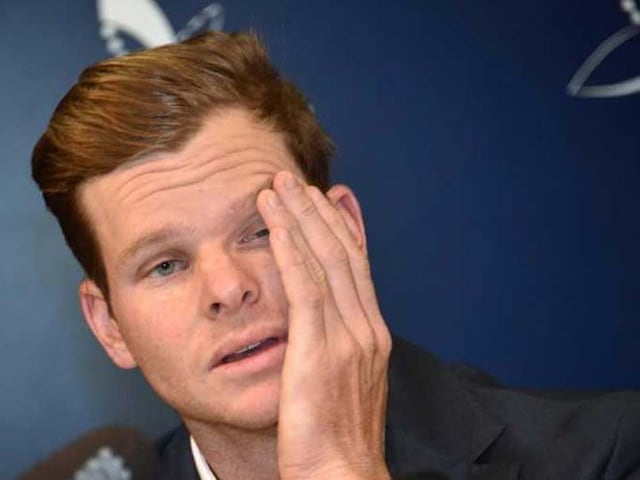 In the wake of the ball tampering incident by Australian cricketers against South Africa, International Cricket Council (ICC) Chief Executive Dave Richardson has called for "stricter and heavier sanction" for any such act as well as showing lack of respect for the game. "We had a very good discussion in both forums (Chief Executives' Committee and board meeting). We want to move towards stricter and heavier sanctions for ball tampering and all other offences that are indicative of a lack of respect for your opponent, the game, umpires, for fans, for the media etc," Richardson told reporters on Thursday at the end of a five-day ICC quarterly meet here.

"This includes offenses like using abusive language, sledging, sendoffs after a batsman is dismissed and dissent at umpire's decisions," he added.

"We want penalties in place which act as a proper deterrent. Fines are not proving to be the answer and we will ask the cricket committee to review our current penalties related to each of those type of offences and come forward with recommendations to the Chief Executives' Committee and the Board in June-July," he said.

Richardson further said there will be an additional panel in place to police on-field behaviour which will have the likes of former Australia skipper Allan Border and former South Africa captain Shaun Pollock.

"We are putting together a panel, we are trying to confirm the availability but the people we are trying to get are those like Richie Richardson, Allan Border, Shaun Pollock to help us make some recommendations that will, in the end, prove an effective deterrent against poor player behaviour."

Richardson said the events which occurred in the third Test at Cape Town which resulted in Australian skipper Steve Smith, his deputy David Warner and opener Cameron Bancroft being banned, was an eye-opener.

The former South Africa wicketkeeper batsman added that the ICC was unhappy with a few on-field issues before this.

"But that's only one part of it. We also want to encourage behaviour which epitomises the spirit of cricket. I think the biggest eye-opener for people in cricket was the reaction to the recent incidents in the series between Australia and South Africa," he said.

"But quite frankly, we were worried about poor behaviour before the third Test (in Cape Town) where the ball tampering occurred.

"There have been too many incidents of sledging and ugly abusive language being used, dissent etc. What we need to try and do is, we have got the spirit of cricket but what does that mean? We need to define what that means in modern day and age. We want to develop a culture of respect across the game both on and off the field," he added.

Richardson added that the second edition of the ICC Women's Championship was a success.

"Again, T20 cricket is probably the favoured format of the game, especially in the women's game. The focus will be on using T20 cricket to create more competitive teams. At the moment, I would say 10 teams can compete against each other. We need to grow that."

"From a competition point of view, we have just started the second edition of the women's championship. I thought that worked really well last time. It gave more competition opportunities to teams like South Africa, Sri Lanka, Bangladesh and Pakistan. I thought their performances in the World Cup last year showed that," he said.

Comments
Topics mentioned in this article
Australia Cricket Team Steven Smith Cameron Bancroft David Warner Cricket International Cricket Council
Get the latest Cricket news, check out the India cricket schedule, Cricket live score . Like us on Facebook or follow us on Twitter for more sports updates. You can also download the NDTV Cricket app for Android or iOS.