The official anthem for the ICC T20 World Cup 2021, scheduled to be held in the UAE and Oman from October 17 to November 14, was launched on Thursday. 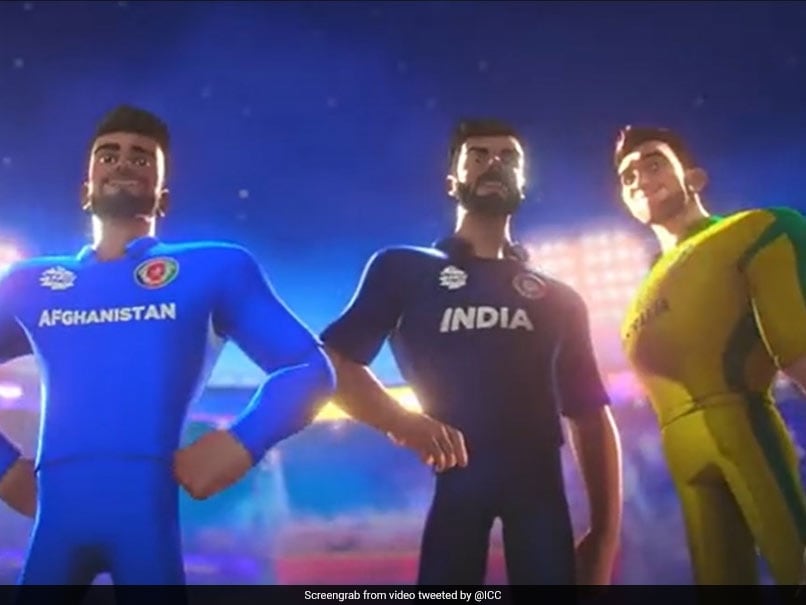 The official anthem for the ICC T20 World Cup 2021, scheduled to be held in the United Arab Emirates (UAE) and Oman from October 17 to November 14, was launched by the International Cricket Council (ICC) on Thursday in collaboration with its broadcast partners Star Sports. Composed by Indian music director Amit Trivedi, the video features young cricket fans from across the world as well as animated versions of India captain Virat Kohli, West Indies' Kieron Pollard, Australia's Glenn Maxwell and Afghanistan's Rashid Khan.

Let the world know,
This is your show

"T20I cricket has proven time and time again that it can engage fans of all ages, and I'm excited to bring some fireworks to the stadiums in the UAE and for those watching all over the world," Pollard was quoted as saying in an ICC press release.

"The ICC Men's T20 World Cup is going to be one of the toughest and most exciting on record," said Maxwell in the ICC release. "There are so many teams that could take the trophy and every game will be like a final. We can't wait to get started knowing the calibre of players we have," he added.

Speaking about the anthem launch ahead of the ICC Men's T20 World Cup, Sanjog Gupta, Head-Sports, Star and Disney India, said, "The USP of this campaign is the visual rendition of the invite and its trendy music amplifying the immersive #LiveTheGame proposition. The creative team at Star worked closely with the ICC and with award-winning international talent to develop the animated narrative with a view to attract young fans who relate to gaming as much as to watching sports."

The 2021 edition of the tournament will start with eight teams taking part in the first round. Ireland, Namibia, Netherlands and Sri Lanka are in Group A while Bangladesh, Oman, Papua New Guinea and Scotland are in Group B.

The top two sides from each group will move to the Super 12 stage, which is also divided in two groups, with eight teams having already qualified.

Australia, England, South Africa and West Indies are in Group 1 and Afghanistan, India, New Zealand and Pakistan are in Group 2.

Glenn Maxwell Rashid Khan
Get the latest updates on ICC T20 Worldcup 2022, check out the Schedule and Live Score. Like us on Facebook or follow us on Twitter for more sports updates. You can also download the NDTV Cricket app for Android or iOS.