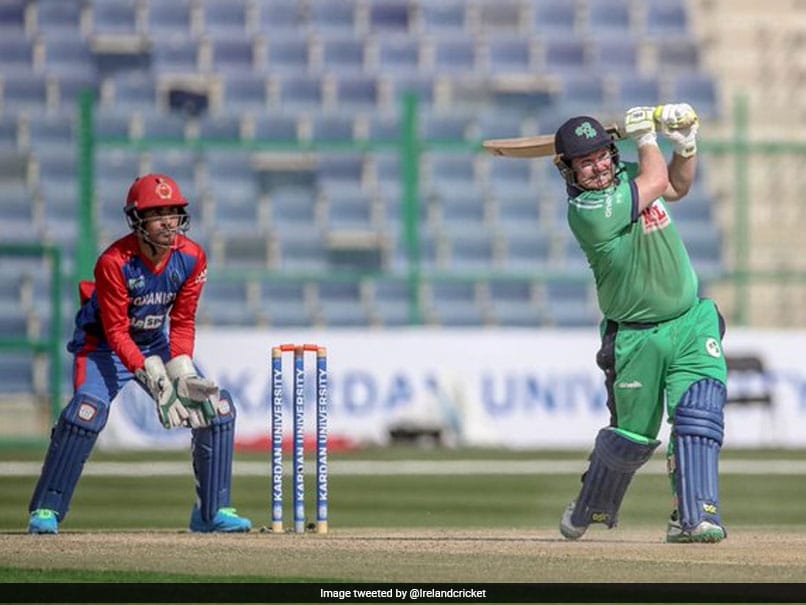 The International Cricket Council (ICC) on Wednesday released the latest Men's ODI Player Rankings, with Ireland all-rounder Paul Stirling and Bangladesh spinner Mehidy Hasan Miraz making notable gains after their fine performances in the ICC Men's Cricket World Cup Super League. Stirling has gained eight slots to reach 20th place after scoring 285 runs against Afghanistan which included centuries in the second and third matches. The valiant effort in the series in Abu Dhabi, that his team lost 3-0, has taken him to the top of the run aggregate in the championship with 441 runs in six matches.

Stirling also scored 135 runs in his side's preceding series against the United Arab Emirates (UAE) which was not part of the Super League and which ended in a 1-1 draw.

Off-spinner Mehidy was the most successful bowler in the series against the West Indies which his side swept 3-0 and his effort reflects in the latest update to the ODI rankings.

Mehidy has progressed nine spots to take the fourth position after grabbing seven wickets including a haul of four for 25 in the second ODI that won him the player of the match award.

Left-arm fast bowler Mustafizur Rahman's six wickets in the series have lifted him from 19th to the eighth position while other Bangladesh players to gain in the latest rankings update include Shakib Al Hasan (up 15 places to 13th among bowlers) and Mushfiqur Rahim (up one place to 15th among batsmen) after their player of the match performances in the first and third matches, respectively.

Captain Tamim Iqbal (up one place to 22nd) and Mahmudullah (up five places to 49th) among batsmen and Mohammad Saifuddin (up three places to 43rd) among bowlers have also advanced for Bangladesh while West Indies fast bowler Alzari Joseph has gained 11 slots to reach 34th position.

In other gains for Ireland players, Curtis Campher has advanced 81 places and is 100th among batsmen. Andy McBrine has gained two slots to reach 33rd position and Simi Singh has progressed 30 places to reach 64th among bowlers.

Afghanistan's Hashmatullah Shahidi (70th to 66th), Rashid Khan (96th to 89th) and Javed Ahmadi (103rd to 99th) have gained in the rankings for batsmen.

The UAE also saw some gains for its players with Muhammad Usman advancing five places to reach 78th position after slamming a century in the first match of the series and Rohan Mustafa gained six slots to reach 55th.

Mehidy Hasan Cricket
Get the latest updates on ICC T20 Worldcup 2022, check out the Schedule and Live Score. Like us on Facebook or follow us on Twitter for more sports updates. You can also download the NDTV Cricket app for Android or iOS.