Jasprit Bumrah had an interesting one-word description for all-rounder Hardik Pandya up his sleeve, in a video posted by the Mumbai Indians' Twitter handle. 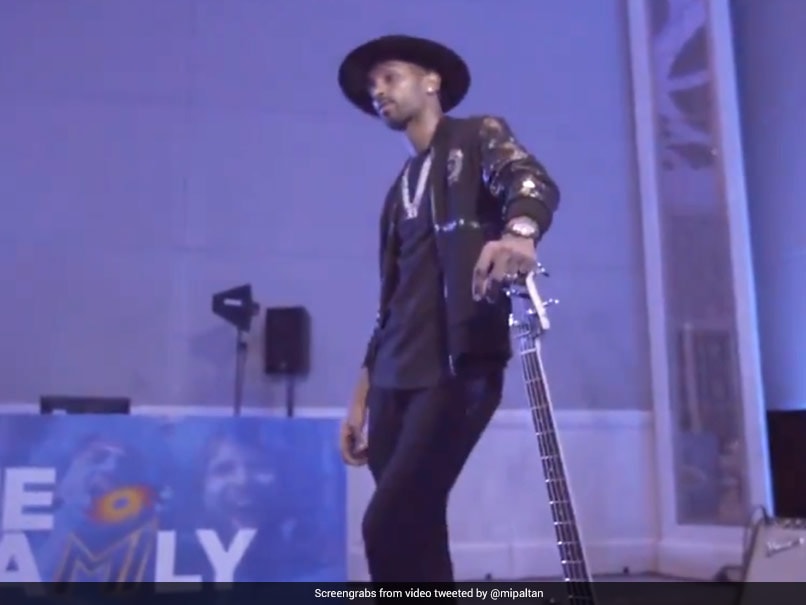 Indian all-rounder Hardik Pandya has been described by fans using several interesting adjectives which either correspond to his personality or his playing-style. However, rarely has the all-rounder been described as "glamorous", which was the case when his Mumbai Indians teammate Jasprit Bumrah was asked to provide a one-word description for Hardik. "Glamorous. You tell him that I said glamorous," said Bumrah with a laugh, in a video posted by the Mumbai Indians (MI) Twitter handle.

Hardik was then shown all dressed up in fancy clothes, with a guitar in his hand further backing up the fast-bowler's assessment. The all-rounder drew a lot of compliments earlier in the video from head coach Mahela Jayawardene, Director of Cricket Operations Zaheer Khan and bowling coach Shane Bond.

While Jayawardene described him as a "Character", Zaheer followed it up by using the term "Energy". Bond was next in line, hailing the all-rounder as a "Legend", before Bumrah's remark. The video ends with batsman Aditya Tare calling Hardik a "Rockstar", with the cricketer even shown playing the guitar while singing along.

Bumrah and Hardik will be next seen in action, during the upcoming away tour of Australia. The two players will be high on energy and positivity, having been a part of the MI side which emerged victorious in the Indian Premier League (IPL) 2020.

The tour of Australia will start with a three-match ODI series. The ODI matches will be followed up the same number of T20I clashes. The tour will conclude with a four-match Test series.

Mahela Jayawardene Cricket
Get the latest updates on ICC T20 Worldcup 2022, check out the Schedule and Live Score. Like us on Facebook or follow us on Twitter for more sports updates. You can also download the NDTV Cricket app for Android or iOS.