Natasa Stankovic on Sunday posted an adorable picture with her partner Hardik Pandya and their son Agastya. 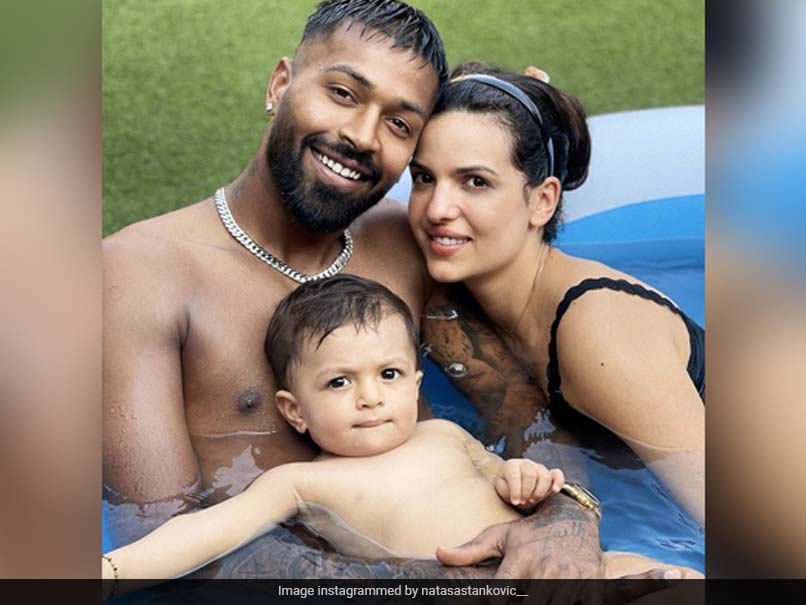 Natasa Stankovic posted a picture with Hardik Pandya and their son Agastya.© Instagram

India all-rounder Hardik Pandya, who is not part of the India squad which is England for the World Test Championship final and the subsequent five-match Test series against England, is enjoying his time away from the game as is evident from his and his partner Natasa Stankovic's social media feed. Both Hardik and Natasa are often seen sharing pictures and videos with their son Agastya to keep their fans entertained. On Sunday, Natasa Stankovic posted a picture with Hardik and Agastya in which all three of them can be seen in a water tub, posing for a picture.

"Water babies," Natasa captioned the pic along with a blue heart emoji and tagged the India all-rounder.

On Saturday, Hardik had shared a eye-boggling pictureon his Instagram handle which attracted a "fiery" reaction from his partner Natasa.

Hardik was last seen in action during the 14th edition of the Indian Premier League (IPL).

Before the T20 tournament was postponed, Hardik had a torrid time with the bat, representing the defending champions Mumbai Indians. He played seven matches and only managed to score 52 runs.

Due to his fitness issues and workload management, Hardik did not bowl a single over in the tournament.

The all-rounder is expected to be a part of the upcoming limited-overs series against Sri Lanka, scheduled to begin next month.

With many big names set to miss the tour to Sri Lanka due to the Test series in England, India are expected to name young names in the squad.