Ever since Hardik Pandya and Natasa Stankovic's son Agastya was born, they have flooded social media with videos and pictures of their child. 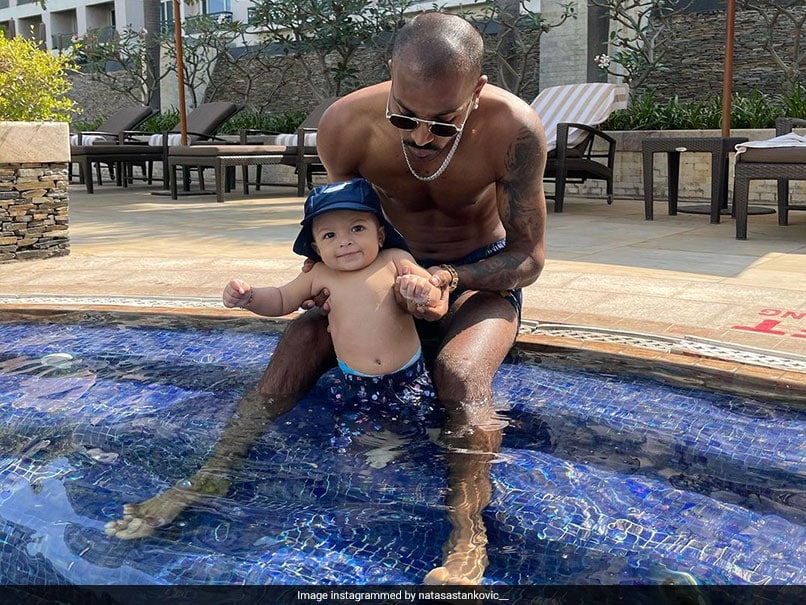 Natasa Stankovic shared a series of photos with Hardik Pandya and their son Agastya.© Instagram

Hardik Pandya and Natasa Stankovic's son Agastya enjoyed his first pool outing and his mom took to social media to share a series of photos on Wednesday. "Our boy's first day at the pool," she captioned the post, tagging Hardik. In the first photo, Hardik and Natasa can be seen standing at the poolside with Agastya in a stroller in front. In the second, Hardik is seen holding Agastya in the pool. The third has Agastya with Natasa while the fourth picture has the whole family in the pool.

Agastya was born to Hardik and Natasa on May 30 and is a frequent feature in the couple's posts on social media.

Despite Hardik having to spend a long time away from Natasa and Agastya due to the Indian Premier League 2020 being held in the United Arab Emirates, followed by India's tour of Australia, he returned before the Test series Down Under.

The flamboyant all-rounder is currently in Chennai along with his family, after he earned a recall to India's Test team for the four-match series against England.

Hardik did not feature in the first Test, which India lost by 277 runs. The second game is slated to be played in Chennai as well, beginning on February 13.

The final two games will be played at the Motera Stadium in Ahmedabad.