India off-spinner Harbhajan Singh's bat went missing from his kit bag after he took a flight from Mumbai to Coimbatore. 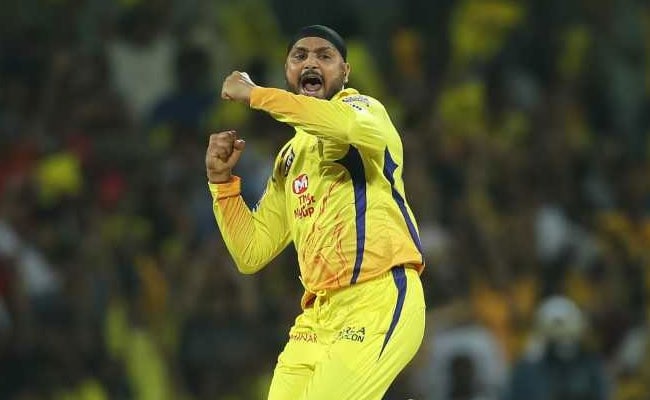 Harbhajan Singh will play for Chennai Super Kings in the upcoming edition of the IPL.© BCCI

Indian cricketer Harbhajan Singh on Sunday said he is not sure whether his bat is missing or has been stolen. On Saturday, Harbhajan complained about losing his bat while travelling from Mumbai to Coimbatore on an Indigo flight. "As soon as we landed in Coimbatore, I saw that one bat was missing. I do not know about the whereabouts of my bat, I cannot say that it has been stolen," the spinner told ANI. The player said despite opting for extra baggage, the airline asked for extra money which the cricketer refused.

"The bat is missing, I don't know whether it is related to the baggage thing or not, the bat is my primary thing. I play with that in the IPL. I last used it during a practice session in Juhu. I have complained to the authorities as the bat is important. Indigo guys have told me that they would look into the matter, I hope they will do the needful," he added.

Yesterday I Travelled from Mumbai to Coimbatore by @IndiGo6E flight number 6E 6313 indigo airlines and I find a bat is missing from my kit bag!! I want action to be taken to find who this culprit is..going into someone's belongings and taking any item is THEFT..Plz help @CISFHQrs

Sorry to know about this, Mr. Singh. Let us get this checked immediately and connect with you.

Indigo Airlines replied to the cricketer, apologising for the inconvenience. "Sorry to know about this, Mr. Singh. Let us get this checked immediately and connect with you."

The veteran off-spinner will take part in the upcoming edition of the Indian Premier League (IPL) for the Chennai Super Kings. He was one of the retained players of the franchise.

MS Dhoni has already reached Chennai and has begun practicing for the IPL. He is set to return to cricketing action for the first time since the semifinal of the 2019 World Cup.

Harbhajan Singh Cricket
Get the latest updates on IPL 2021, check out the IPL 2021 Schedule and Indian Premier League Live Score . Like us on Facebook or follow us on Twitter for more sports updates. You can also download the NDTV Cricket app for Android or iOS.