Hamish Rutherford scored 75 to help New Zealand post 261 for nine declared on the second day of four-day warm-up against Worcestershire on Friday. 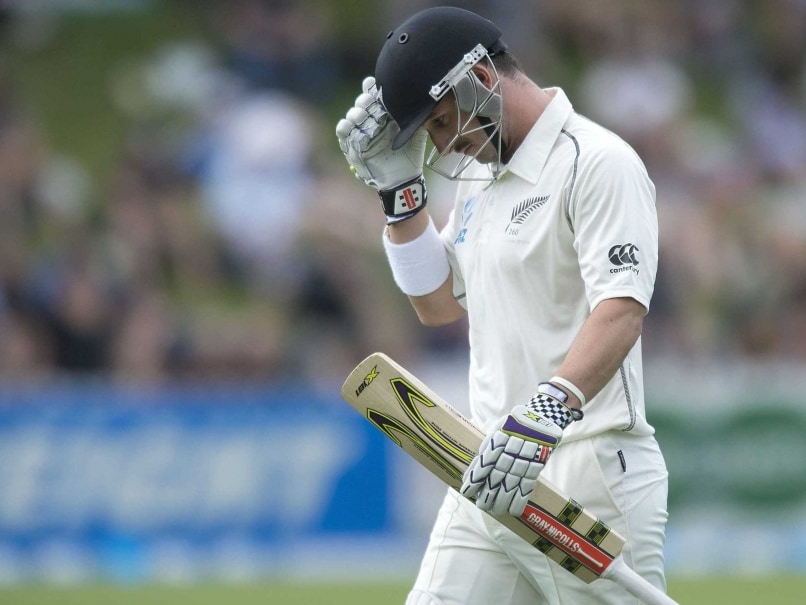 Hamish Rutherford made a composed 75 and Doug Bracewell 43 as New Zealand posted a score of 261 for nine declared on the second day of four against Worcestershire on Friday in their final warm-up match before next week's first Test with England at Lord's.

Thursday's first day at New Road was a complete washout and runs were not easy to come by for the tourists in this non first-class fixture.

Tom Latham fell early after stand-in skipper BJ Watling won the toss but Martin Guptill then put on 68 for the second wicket with Rutherford.

One of the stars of New Zealand's run to the World Cup final, Guptill has also been in fine form for English county side Derbyshire but has not played Test cricket since New Zealand's last tour of England two years ago.

He was in good touch until he chipped a slower ball from left-arm paceman Jack Shantry when he chipped a catch to mid-on.

Rutherford's 82-ball fifty contained just three boundaries and both he and Mark Craig fell to the off-spin of England all-rounder Moeen Ali with the Black Caps top scorer stumped by Ben Cox.

But from 191 for eight, New Zealand's lower order took them past 250 with Bracewell and Neil Wagner putting on 70 for the ninth wicket.

New Zealand declared when Bracewell was out and then removed Worcestershire's Richard Oliver before stumps as the hosts closed on 65 for one.

Meanwhile New Zealand all-rounder Corey Anderson has rejoined his team-mates as he continues his recovery after breaking his finger at the Indian Premier League.

The remainder of the Black Caps' IPL players, including Test captain Brendon McCullum, are set to arrive in London over the weekend.

Comments
Topics mentioned in this article
Hamish Rutherford New Zealand Cricket Team Cricket
Get the latest updates on SA vs IND 2021-22, check out the Schedule and Live Score . Like us on Facebook or follow us on Twitter for more sports updates. You can also download the NDTV Cricket app for Android or iOS.