Google CEO Sundar Pichai said he revered Sachin Tendulkar and Sunil Gavaskar during his childhood days and said that he wanted to be a cricketer. 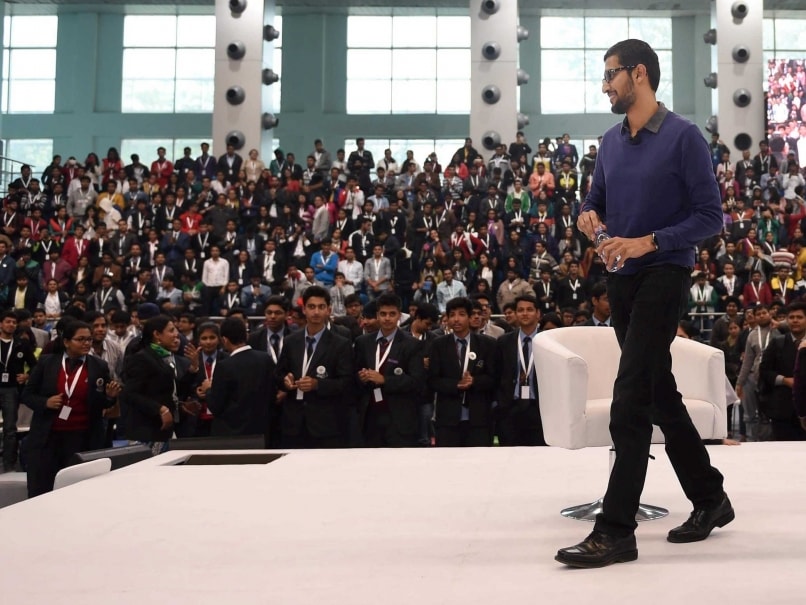 Google CEO Sundar Pichai says that Test cricket is amazing and admitted he did not like watching Twenty20s.© PTI

Describing himself as a huge fan of cricket, Google CEO Sundar Pichai said he wanted to be a cricketer in his childhood, revering legends like Sunil Gavaskar in his growing years. Talking to students at Shri Ram College, Pichai reminisced his childhood days in Chennai. (Sunil Gavaskar Greater Than Sachin Tendulkar)

"I did dream of being a cricketer like so many Indians. I used to be a huge fan of Sunil Gavaskar when he was playing and later, Sachin Tendulkar when he played. I always had a dream," he said.

The 43-year old IIT-Kharagpur alumni said he enjoys watching Test and one-day cricket matches, but not the faster format of T20 matches.

The Google CEO, who is on his maiden visit to India after taking over the reins in the company in August, also took out time to play cricket at India Gate with a few local residents. Pichai is scheduled to meet Prime Minister Narendra Modi and President Pranab Mukherjee later on Thursday evening.

Addressing an 1,800-people strong audience comprising school and college students and teachers, Pichai said: "I always thought Test cricket was amazing. I had the time to watch it too...but T20 is not something I grew up with, so I don't enjoy it as much as I do Test cricket or one-day matches."

Pichai also said he was a fan of football and Barcelona FC star, Lionel Messi.

"I am huge football fan as well. I remember when I was young, I would drive my mom crazy. I would wake up in the middle of the night to watch World Cup soccer to watch the Brazilian team in those days. Cricket and Football are two sports that I follow. I am a big Barcelona and Messi fan".

Comments
Topics mentioned in this article
Sachin Ramesh Tendulkar Sunil Manohar Gavaskar Cricket
Get the latest updates on ICC Women's Cricket World Cup 2022 and IPL 2022, check out the Schedule , Live Score and IPL Points Table. Like us on Facebook or follow us on Twitter for more sports updates. You can also download the NDTV Cricket app for Android or iOS.