Gautam Gambhir fails to fire once again in County cricket

Playing for Essex, Gambhir's search for elusive form extended as he struggled for the fourth time. His scores so far are 31, 21, 2 and 0. 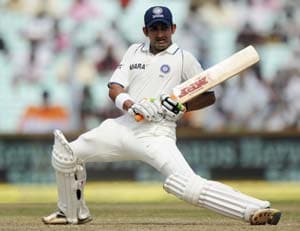 India discard Gautam Gambhir's woeful county stint continued after he failed for the fourth time while turning up for Essex, this time in a first-class match against Gloucestershire here today.

Gambhir's sequence of scores in the four matches for Essex (two first-class and two List A) read a horrible 31, 21, 2 and 0. He has not even come close to scoring a 50 for his county side who replaced him in place of Hamish Rutherford.

Gambhir, who is struggling against the seamers was out without scoring after facing eight deliveries as right-arm seamer William Gidman castled him in the fifth over of the day.

The Delhi left-hander's technique against moving deliveries outside the sub-continent has always been under scanner, save a couple of knocks in New Zealand back in 2009.

While he has generally struggled against genuine pace throughout his international career, it is the county seamers who are posing lot of problems for the out-of-favour opener who was played on desperate to score his first runs of the match.

Comments
Topics mentioned in this article
Cricket Danish Kaneria Brendon McCullum James Franklin Bradley Watling Lonwabo Tsotsobe Jeetan Patel Hamish Rutherford Gautam Gambhir England Cricket Team
Get the latest updates on IPL Auction 2023 and check out  IPL 2023 and Live Cricket Score. Like us on Facebook or follow us on Twitter for more sports updates. You can also download the NDTV Cricket app for Android or iOS.