Gautam Gambhir's Kolkata Knight Riders practiced hard ahead of the Indian Premier League as the team missed some star international players, notably from the Caribbean. 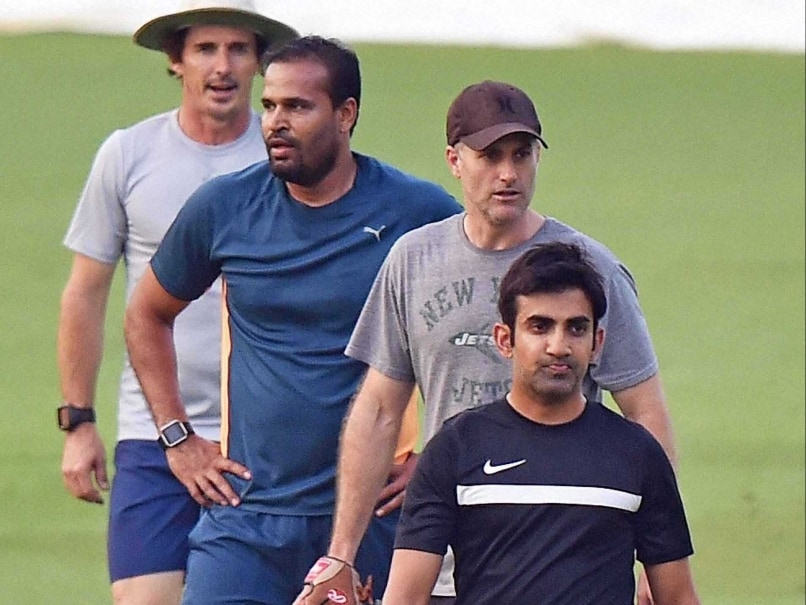 Gautam Gambhir's Kolkata Knight Riders were missing the services of some key international players ahead of the Indian Premier League clash. © PTI

Skipper Gautam Gambhir and other players were seen going through their paces, keen to get back into rhythm.

An integral part of the side, star South African all-rounder Jacques Kallis was seen in a new avatar of head coach as he along with his deputy Simon Katich assessed the players' fitness.

Only two of their players - Umesh Yadav and Manish Pandey - are currently in the Indian squad, while opener Robin Uthappa and Gambhir only played last in the domestic T20 for Syed Mushtaq Ali Trophy in January.

Their 2012 and 2014 title winning skipper Gambhir, along with Manish Pandey and Chris Lynn, had a lengthy net session facing the likes of Morne Morkel and John Hastings, the burly Australian recruit of this season.

Yusuf Pathan seemed to have shed a few kilos and he was bowling alongside Piyush Chawla at the nets.

Sunil Narine, who was the first to check in when he arrived last week, had rushed back home on Saturday for his father's funeral.

It remains to be seen whether their key spinner will be available for Kolkata Knight Rider's opening match against Delhi Daredevils on April 10.

There was no West Indies duo of Andre Russell and Jason Holder who have gone back home to celebrate their World Twenty20 triumph.

Bangladesh star all-rounder Shakib Al Hasan and this season's New Zealand recruit Colin Munro too are yet to join the side.

Comments
Topics mentioned in this article
Kolkata Knight Riders Gautam Gambhir Morne Morkel Andre Russell John Hastings Cricket
Get the latest updates on IPL 2021, check out the IPL 2021 Schedule and Indian Premier League Live Score . Like us on Facebook or follow us on Twitter for more sports updates. You can also download the NDTV Cricket app for Android or iOS.