Gary Kirsten Says "A Privilege" To Have Worked With MS Dhoni

Gary Kirsten took to Twitter to thank MS Dhoni for many fond memories with the Indian team. 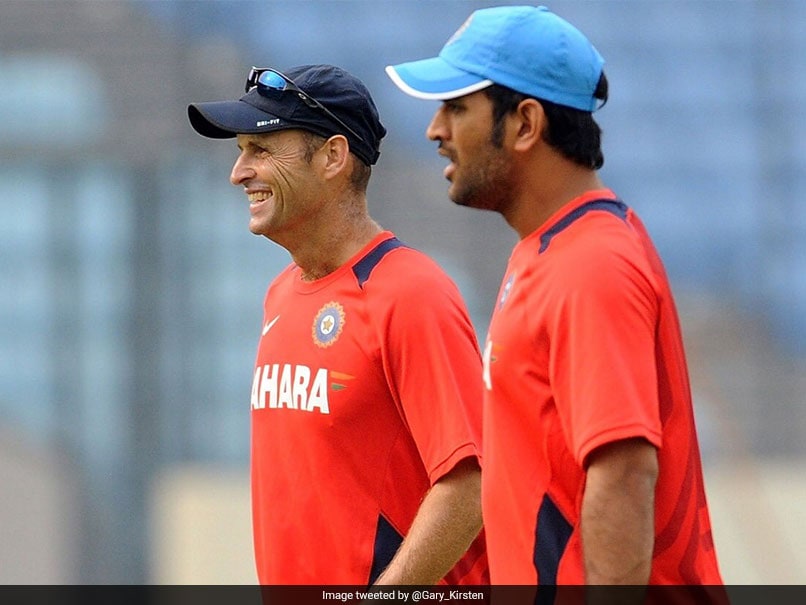 Former Indian coach Gary Kirsten on Monday thanked former skipper Mahendra Singh Dhoni for many fond memories, stating that it was his "privilege to work with one of the best leaders".Taking to Twitter Kirsten wrote, "A privilege to work with one of the best leaders I have come across. Thanks MS for many fond memories with the Indian Cricket Team. @msdhoni." On Saturday, Dhoni had announced his retirement on Instagram. The wicket-keeper-batsman Dhoni shared a video and captioned the post, "Thanks a lot for ur love and support throughout. from 1929 hrs consider me as Retired."

A privilege to work with one of the best leaders I have come across. Thanks MS for many fond memories with the Indian Cricket Team. @msdhoni pic.twitter.com/WRNY1N7IVe

The video had the iconic song ''Mai Pal Do Pal Ka Shayar Hu'' from Amitabh Bachchan's ''Kabhie Kabhie'' playing in the background and in it, Dhoni shared his incredible journey in the Indian side including his run out in the last game against New Zealand in the World Cup 2019 semi-final.

Wriddhiman Saha
Get the latest updates on ICC T20 Worldcup 2022, check out the Schedule and Live Score. Like us on Facebook or follow us on Twitter for more sports updates. You can also download the NDTV Cricket app for Android or iOS.