Former India skipper Sourav Ganguly on Tuesday clarified that he never suggested through his comments that VVS Laxman does not enjoy captain Mahendra Singh Dhoni's support. 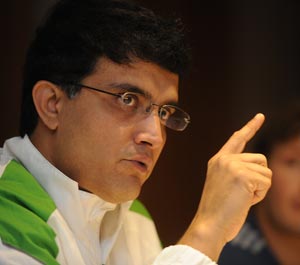 Former India skipper Sourav Ganguly on Tuesday clarified that he never suggested through his comments that VVS Laxman does not enjoy captain Mahendra Singh Dhoni's support.

Laxman stunned cricket fraternity yesterday by announcing his sudden retirement. The timing of Laxman's retirement shocked many as he was picked in the squad for the upcoming two-Test series against New Zealand.

Ganguly was quoted as saying in media that had Laxman enjoyed support of his skipper Dhoni, situation could have been different for him.

However, Ganguly today said, he did not mean what media suggested of his comments.

"I would like to place on record that part of my comment on VVS Laxman's efforts to get in touch with skipper MS Dhoni was misconstrued. What I did say was, 'In cricket at times you need to be available 24x7 as a captain'. It no way implied that Laxman doesn't enjoy his skipper's support or suggest that the situation would have been different (for Laxman) had he enjoyed the skipper's support," Ganguly said.

Ganguly had also lashed out at the selectors, especially chief selector K Srikkanth for the communication gap between them and the players.

Comments
Topics mentioned in this article
Cricket MS Dhoni Sourav Ganguly VVS Laxman
Get the latest updates on ICC T20 Worldcup 2022 and CWG 2022 check out the Schedule, Live Score and Medals Tally. Like us on Facebook or follow us on Twitter for more sports updates. You can also download the NDTV Cricket app for Android or iOS.