Adam Voges was bowled by Doug Bracewell without playing a shot. The umpire called no ball although television replays showed it was a legitimate delivery. 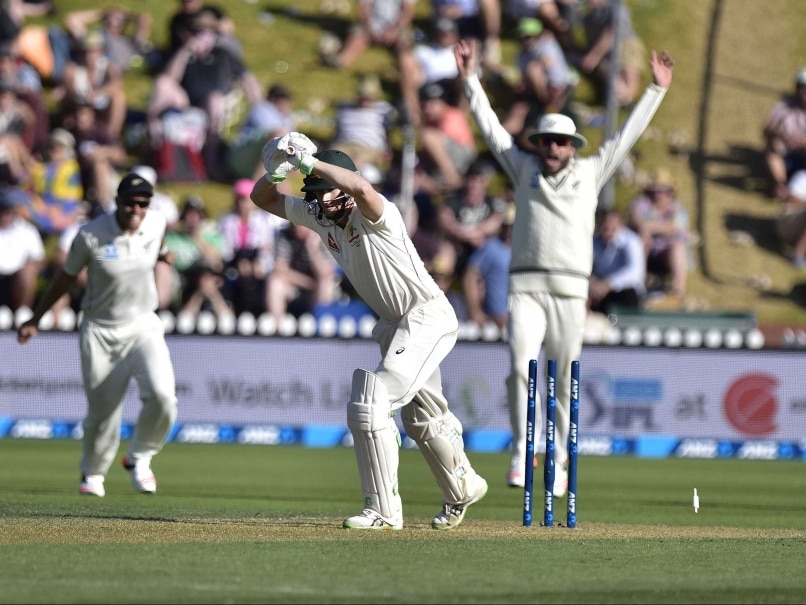 Adam Voges (centre) of Australia is bowled but it was called a no ball during the first Test match against New Zealand.© AFP
Wellington:

Australian batting hero Adam Voges revelled in his luck Sunday after a game-breaking 239 against New Zealand following an umpiring blunder in the first Test in Wellington. (Scorecard)

But he admitted New Zealand had a right to "feel aggrieved" after he should have been out for seven. (Wellington Test: Adam Voges, Nathan Lyon Put Australia In Driver's Seat)

"To have that bit of luck and then capitalise on the second opportunity, I'm very happy with," he said after his marathon innings steered Australia to 562 and a lead of 379.

At stumps on day three, New Zealand were 178-4 in their second innings, needing a further 201 to make Australia bat again.

"It has been a great day to get to 200 and get us into a great position is a very satisfying feeling," he said.

Late on the first day Voges was bowled by Doug Bracewell without playing a shot. The umpire called no ball although television replays showed it was a legitimate delivery.

"I thought I was out," Voges confirmed. "You're not leaving it if you hear a no ball called, I would have thought.

"It was a bad leave and I turned around and looked at the stumps, went to walk off and saw the (umpire's) arm out. Yeah, little bit of luck."

Voges knew he had escaped when he saw television footage at the end of the day's play, but said when play resumed on Saturday the New Zealanders were "pretty good" about the ruling.

"They came out pretty well in the second day," he said.

"They have every right to feel aggrieved, I don't blame for that. But they didn't say much."

The 36-year-old Voges has been a late developer as a cricketer, not making the Australian team until last year.

In 19 Test innings since, he has averaged 97.46 after being ahead of the legendary Don Bradman's 99.94 before he was dismissed, caught and bowled by Mark Craig.

He has already been nicknamed "The Don" by teammates, but said he was not comfortable with the comparison.

"That doesn't sit too comfortably with me to be honest. I'm probably happy that I'm out now and it's gone back under (Bradman's mark) and I can go back to playing cricket," he said.

"The boys have been having some fun and taking the mickey out of me a little bit in the changing rooms but it's all good. A bit of fun.

Comments
Topics mentioned in this article
Australia Cricket Team Adam Voges Nathan Lyon Doug Bracewell New Zealand Cricket Team Cricket
Get the latest updates on ICC T20 Worldcup 2022, check out the Schedule and Live Score. Like us on Facebook or follow us on Twitter for more sports updates. You can also download the NDTV Cricket app for Android or iOS.