South Africa replaced Quinton de Kock with Dane Vilas, who flew from Port Elizabeth to Johannesburg on the morning of the third Test against England to fill in. 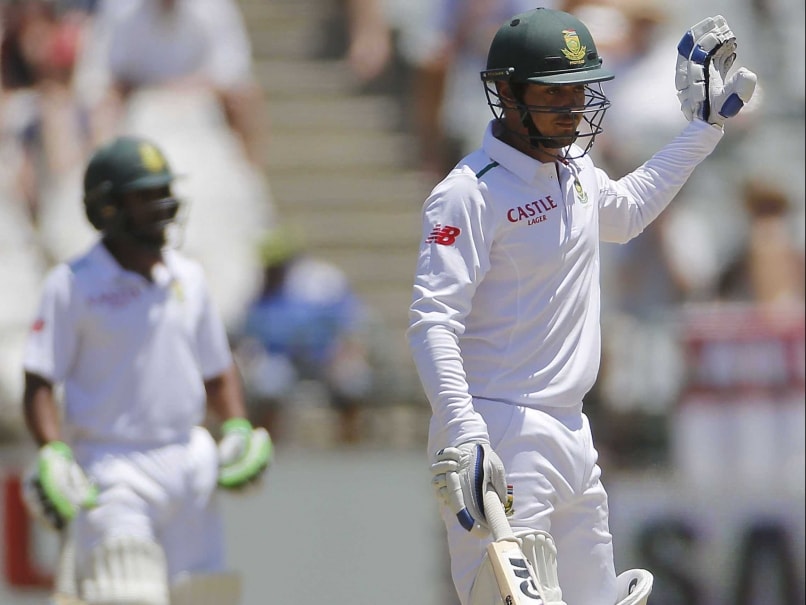 South Africa wicketkeeper Quinton de Kock missed the third Test against England with a 'freak injury' after falling at home and hurting his knee on the eve of the game. (Quinton de Kock, Chris Morris Added to South Africa Squad For Second Test)

AB de Villiers, who has taken over the South African captaincy, would have had to also fill in as wicketkeeper if South Africa had fielded first at the Wanderers but luckily for him, the hosts won the toss and elected to bat.

Comments
Topics mentioned in this article
South Africa Cricket Team England Cricket Team Quinton de Kock AB de Villiers Dane Vilas Cricket
Get the latest updates on ICC Women's Cricket World Cup 2022 and IPL 2022, check out the Schedule , Live Score and IPL Points Table. Like us on Facebook or follow us on Twitter for more sports updates. You can also download the NDTV Cricket app for Android or iOS.