Sacked as women's cricket team coach, WV Raman has alleged that a "smear campaign" against him has gained unwarranted traction and urged the BCCI president Sourav Ganguly to stop it. 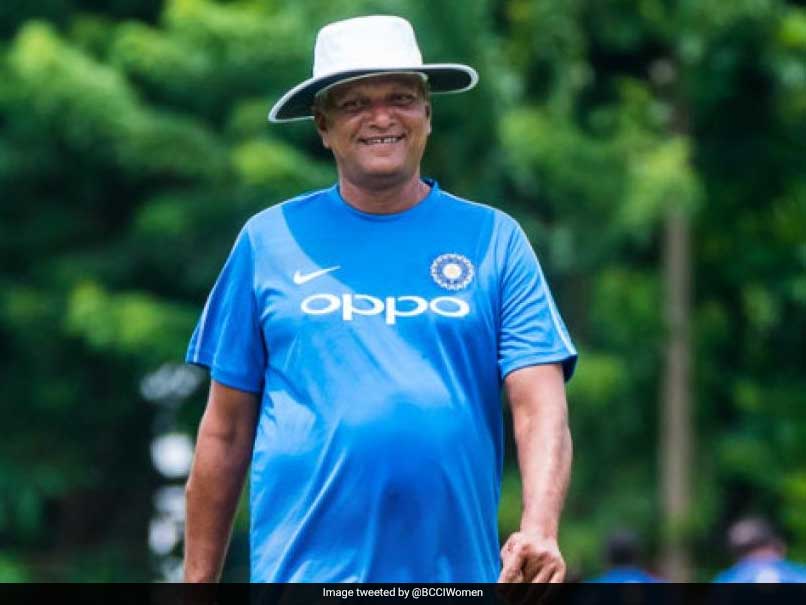 WV Raman was not retained as the head coach of the senior women's team.© Twitter

Sacked as women's cricket team coach, WV Raman has alleged that a "smear campaign" against him has gained unwarranted traction and urged the BCCI president Sourav Ganguly to stop it. In a mail that has also been marked to National Cricket Academy head Rahul Dravid, Raman wrote it will be "extremely disconcerting" if his candidature was rejected due to reasons other than "my incompetency as a coach".

In a surprising move, Raman was not retained as the head coach of the senior women's team by the Cricket Advisory Committee (CAC) which picked Ramesh Powar for the top job. It was under Raman that Indian team cherished a runners-up finish at the women's T20 World Cup last year.

"I presume you might have been told different views about my style of functioning and work ethic. Whether those views conveyed to the officials of the BCCI had any impact on my candidature is of no consequence now," Raman wrote in the letter which is in possession of PTI.

"What is important is that the smear campaign seems to have gained some unwarranted traction with some BCCI officials which needs to be halted permanently. I am prepared to give an explanation should you or any of the office bearers require it."

He said he was not used to "moaning and whining" but was bringing up the issues in case the BCCI president wishes to do a course correction.

"If I were to be rejected due to my incompetency as a coach, there is no argument on a judgment call at all. But what will be extremely disconcerting is if my candidature was rejected due to any other reasons," said the former India opener who played 11 Tests and 27 ODIs between 1988 and 1997.

"Especially if it was due to allegations from people who were more focussed on achieving their personal objectives at the expense of the overall hygiene and welfare of the Indian women's team and the pride of the country."

The stylish former left-handed batsman's letter to the two former captains is sure to ruffle a few feathers given that it has always been the coaches who have either stepped aside or sacked following fallouts with players, most notably ODI captain Mithali Raj.

While Raman's letter didn't name anyone, it is understood that he was writing about the star culture that prevails in the team, which he said is probably doing more harm than good.

"If some people in the system have been highly accommodative to the extent of being seemingly obsequious to an accomplished performers for years on end and if that performer feels constrained to adhere to the culture, then I would leave it to you to decide if the coach was asking for too much.

"In a coaching career spanning 20 years, I have always created a culture in which the team always comes first and insisted on no individual overriding either the game or the team."

He said "paying heed to only one individual's views while disregarding everyone else's over a long period of time has resulted in gaping holes in the process and the system".

"The time has come for you two accomplished former legends to salvage women's cricket falling which things could gather momentum in the wrong direction," he warned.

"I have some suggestions that might help in the improvement of women's cricket. I will be delighted to share those if you are interested," he winded off.

Rahul Dravid Cricket
Get the latest updates on ICC Women's Cricket World Cup 2022 and IPL 2022, check out the Schedule , Live Score and IPL Points Table. Like us on Facebook or follow us on Twitter for more sports updates. You can also download the NDTV Cricket app for Android or iOS.