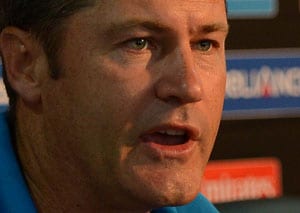 Australian Simon Taufel will this year become the first umpire to give the prestigious MCC Spirit of Cricket Cowdrey Lecture, the England and Wales Cricket Board (ECB) announced on Friday.

The lecture began in 2001 in memory of former Marylebone Cricket Club (MCC) president Colin Cowdrey, who played a key role in the 'Spirit of Cricket' being enshrined in the preamble of the Code of the Laws of Cricket in 2000.

The retired Taufel, who was voted the International Cricket Council's (ICC) umpire of the year between 2004 and 2008, will become the third non-player to deliver the lecture.

"After the initial shock of being asked, I am delighted, honoured and humbled to be able to participate in such an important cricket event," said Taufel.

"I look forward to representing umpiring in this fine tradition and all that Mr Cowdrey stood for."

This year's lecture will take place on July 24.

Comments
Topics mentioned in this article
Cricket Simon James Arnold Taufel Michael Colin Cowdrey
Get the latest updates on ICC T20 Worldcup 2022 and CWG 2022 check out the Schedule, Live Score and Medals Tally. Like us on Facebook or follow us on Twitter for more sports updates. You can also download the NDTV Cricket app for Android or iOS.