Danish Kaneria said he could have played a lot more than 18 ODIs if it was not for Shahid Afridi. 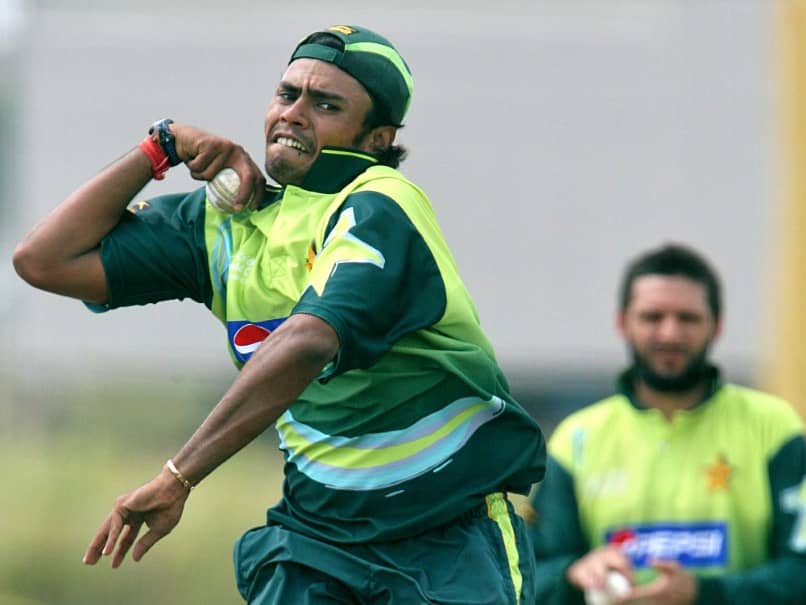 Danish Kaneria accused Shahid Afridi of treating him unfairly all through his career.© AFP

Former Pakistan spinner Danish Kaneria on Saturday accused Shahid Afridi of treating him unfairly all through his career and blamed him for a rather short limited-overs outing. Kaneria, only the second Hindu to play for Pakistan after his maternal uncle Anil Dalpat, took 261 wickets in 61 Tests at an average of 34.79. However, he only played 18 ODIs between 2000 and 2010.

Speaking to PTI from Karachi, the 39-year-old said, beyond his religion, it was difficult for him to think about the reason behind Afridi''s discriminatory behaviour.

"He was always against me, when we were playing for the same department in domestic cricket or playing me in ODIs. If one person is always against you and you are in that situation, what other reason would think other than that (religion)," said Kaneria when asked if he was a victim of religious discrimination.

Kaneria, who last year supported Shoaib Akhtar's claim that he was treated unfairly in the team because of his religion, said he could have played a lot more than 18 ODIs if it was not for Afridi.

"I could not play more ODIs because of him and he also treated me unfairly when we used to play for the same department (in domestic cricket), he was the captain. He used to keep me out of the side and often he would do the same in ODIs without any reason.

"He used to support others but not me. Thanks to almighty, I still went on to play a lot for Pakistan and I could not be more proud of that."

Kaneria said he used to be a regular member of ODI squads but hardly got to play, blaming Afridi again for that.

"I was a leg spinner and so was he. That was another reason. He was a big star and playing for Pakistan anyway and to treat me like that, I could not understand why.

"They used to say two spinners can't play in the eleven. They used to say my fielding was an issue in limited-overs cricket. You tell me who were the supremely fit leaders at that time? There were only one or two good fielders. Pakistan was never known for fielding anyway.

"When not playing international cricket, he used to come back and drop me from the departmental team."

Kaneria, who was found guilty of spot-fixing alongside Mervyn Westfield while playing for English county Essex against Durham in 2009, has been pleading for PCB''s help for a long time. He wants to come back into the PCB fold and serve the game again.

"I don't want to play the religion card. All I want is PCB's support. If they can allow Mohammad Aamir, Salman Butt back into the system, why not me?

"Yes, I made a mistake but so did others. They can't use and throw me like a toilet paper. I have served Pakistan for a long time and they should support me after all these years"

Kaneria played most under the captaincy of Inzamam-ul-Haq. He said Inzamam and Younis Khan supported him the most.

"I played under Moin Khan, Rashid Latif, Inzy bhai, Younish bhai. I played very little under Afridi. Inzy bhai and Younis bhai supported me a lot and it is a fact.

"However, Inzy bhai doesn't talk about me positively in public but I will always be thankful to him for his support. I flourished under him," Kaneria added.

Shahid Afridi Danish Kaneria Cricket
Get the latest updates on India vs England Series, India vs England , live score and IPL 2021 Auction . Like us on Facebook or follow us on Twitter for more sports updates. You can also download the NDTV Cricket app for Android or iOS.