Pakistan are currently playing their third and final Test against New Zealand in Abu Dhabi. 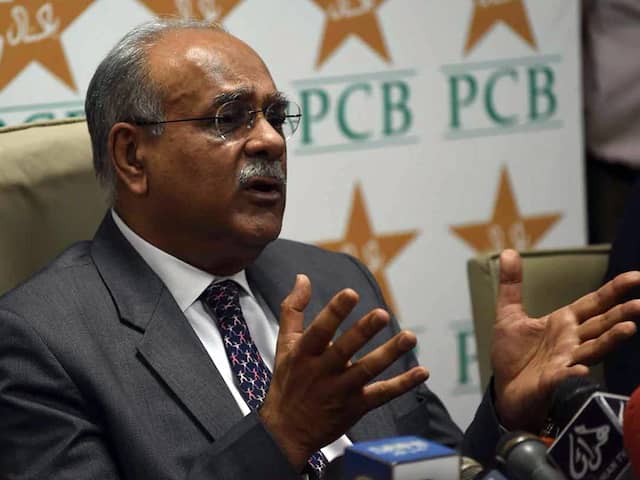 Former Pakistan cricketer Shoaib Mohammad on Thursday alleged Pakistan Cricket Board, under its ex-chairman Najam Sethi, of denting his track record. Shoaib, who was appointed as Pakistan's fielding coach during 2014-15, was removed after a short span of time. "I was given fielding coach role in 2014-15 on a short notice and I did quite well. However, out of nowhere, I was removed from the role which was surprising for me. I don't have any clue what Najam Sethi was thinking which made me extremely angry. He dented my track record," Shoaib said, according to Express Tribune.

"Whenever the board is desperate to find a neutral member for a selection committee, they get in touch with me. Every time, I've been given this role in these situations," he added.

Recalling his team selection for 2009 World T20, which Pakistan won by 8 wickets in the finals against Sri Lanka, Shoaib said although the team succeeded, it was disappointing that the selection committee was dissolved soon after.

"Abdul Qadir went to Abu Dhabi while Saleem Jafar went to Karachi for personal work. Me and Younis selected the team for the World T20. They went on to win the whole tournament but just after a week of Pakistan's victory, our selection committee was dissolved," he said.

Meanwhile, when asked about the current Pakistan line-up, Shoaib said, "Overall standard of batting in Pakistan on a good wicket is reasonably well but it not often that you get your desired wicket. In my assessment, our team lacks how to play on difficult wickets. They don't know how to bat session by session and what strokes to play. Apart from a few, there are not enough big name in foreign coaches who can correct these mistakes."

"I don't rate him (Mickey Arthur). Apart from winning and losing, there were numerous times, I saw a lack of guidance and authority. He should have told the players how to play on difficult wickets," he added on Head Coach Mickey Arthur's work so far with Pakistan team.

Currently, Pakistan are playing their third and final Test against New Zealand, which is also the decider as the former equalised the series by an innings and 16 runs in the second Test match at Abu Dhabi.

Pakistan Cricket Team Shoaib Muhammad Pakistan Cricket Board Cricket
Get the latest Cricket news, check out the India cricket schedule, Cricket live score . Like us on Facebook or follow us on Twitter for more sports updates. You can also download the NDTV Cricket app for Android or iOS.