Jock Edwards managed to score 377 runs in the eight Test matches he played, and in the ODI format, he played 6 ODIS and scored 138 runs. 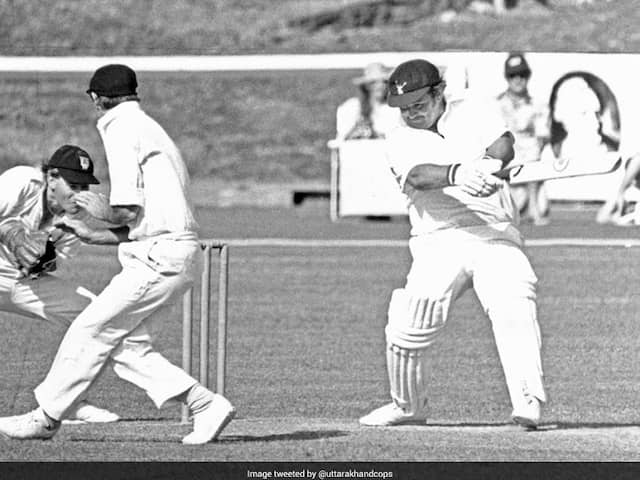 Former New Zealand wicket-keeper batsman Jock Edwards passed away at the age of 64 on Monday. Central District Cricket Association, for whom Edwards went on to play 67 first-class matches condoled the demise of their former star player. "All the team at CD extend our heartfelt condolences to the family & friends of Jock Edwards. An absolute legend of Nelson Cricket who played 8 Tests & 6 ODIs for the @Blackcaps and represented @CentralStags in 67 first-class matches and 31 one-dayers in the 70s/80s," official handle of CDC tweeted.

Edwards had made his Test debut in the home Test series against Australia in 1976-77 as a specialist batsman, before taking the wicket-keeping duties when England toured the following season, ESPNCricinfo reported.

He played the last of his eight Tests against India in 1981.

Edwards also played six ODIs, between 1976 and 1981, and on his ODI debut, he made 41 runs off 57 deliveries as an opener to help New Zealand to a nine-wicket win against India in Christchurch.

He was also an important contributor to regional cricket for Nelson. He was a part of the Nelson side that was dominant in the Hawke Cup - the multi-day inter-zonal competition, which is more than a century old.

Edwards managed to score 377 runs in the eight Test matches he played, and in the ODI format, he played 6 ODIS and scored 138 runs.

New Zealand Cricket Team Cricket
Get the latest Cricket news, check out the India cricket schedule, Cricket live score . Like us on Facebook or follow us on Twitter for more sports updates. You can also download the NDTV Cricket app for Android or iOS.
Advertisement