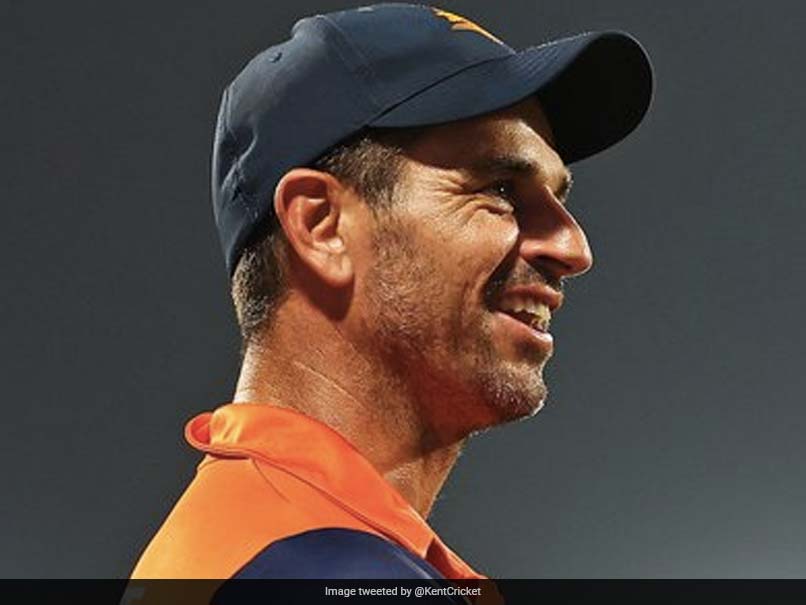 Kent Cricket has announced that former Netherlands cricketer Ryan ten Doeschate will join the Club as men's team batting coach. The 41-year-old, who retired from the professional game as a player after the 2021 season, will join up with Kent Cricket from January 1 next year. "I'm excited to be given the opportunity to work with Matt Walker and the Kent squad, especially with the talented group of players that have just won the Vitality Blast and will compete in Division One of next season's LV= Insurance County Championship," Ten Doeschate said in a statement as per Kent Cricket.

"I'm ready to start a new chapter of my career and use my experience and that of some of the others I've worked with to influence and improve the players and the group," he added.

The former all-rounder made 57 appearances for the Netherlands in international cricket, most notably scoring two centuries in the 2011 ICC Cricket World Cup, finishing his international career with an ODI batting average of 67.00.

Kent's Director of Cricket, Paul Downton, said: "We are delighted to welcome 'Tendo' to the Club following his recent retirement as an outstanding player.

"He is a proven leader with two Championship wins under his captaincy at Essex, and he already has a varied coaching CV. He will bring with him a winning mentality and all the experience of a successful playing career into an ambitious Kent dressing room keen to learn.

As a player, Ten Doeschate featured in teams across the globe in franchise cricket, winning titles in the Indian Premier League (IPL), New Zealand's Super Smash, as well as captaining Essex in England - overseeing multiple successes across all forms of the game.

Ryan ten Doeschate Cricket
Get the latest updates on ICC T20 Worldcup 2022 and CWG 2022 check out the Schedule, Live Score and Medals Tally. Like us on Facebook or follow us on Twitter for more sports updates. You can also download the NDTV Cricket app for Android or iOS.