Rajesh Chauhan has played 21 Tests and 35 ODIs for India. 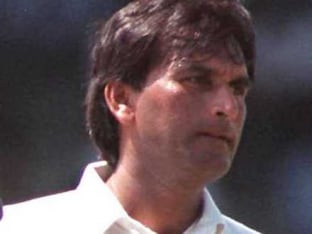 Former cricketer Rajesh Chauhan, who was part of the famous spin trio along with Anil Kumble and Venkatapathy Raju in the 1990s, Monday suffered a massive cardiac arrest and was battling for life, a doctor said.

The condition of the 48-year-old former cricketer was said to be serious and a doctor termed the next one-two days crucial for his survival.

Chauhan, who played 21 tests and 35 one-day international matches for India, is employed with the Bhilai Steel Plant.

He suffered cardiac arrest around 6.30 a.m. at his residence in Bhilai in Durg district and was rushed to the Sector-9 Hospital of the Bhilai Steel Plant.

He was later referred to the Apollo BSR Hospital in Bhilai.

"He (Chauhan) suffered a massive stroke and is being kept in the ICU," Apollo BSR director A.P. Sawant told IANS.

"He went through several scans and tests since he was brought in a critical condition, the next one-two days are very critical for him," he said.

Chauhan is also known for hitting a stunning six in the last over, thereby sealing a memorable win for India against Pakistan in Karachi in 1997.

Comments
Topics mentioned in this article
Rajesh Kumar Chauhan India Cricket Team Cricket
Get the latest updates on ICC Women's Cricket World Cup 2022 and IPL 2022, check out the Schedule , Live Score and IPL Points Table. Like us on Facebook or follow us on Twitter for more sports updates. You can also download the NDTV Cricket app for Android or iOS.