According to local media reports, the grandstand fire alarm was caused by steam. 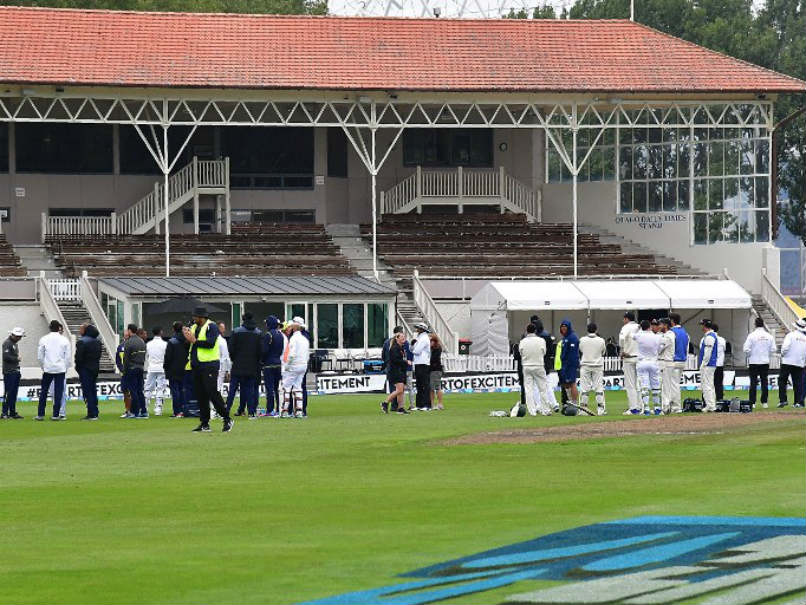 Players and match officials were sent onto the field while the cause of the alarm was investigated.© AFP

The first Test between New Zealand and South Africa had to be briefly stopped after a fire alarm went off in the main granstand of the stadium on Friday. Dunedin's University Oval had to be evacuated and play stopped for 20 minutes in the final session of Day 3 as firemen searched the grandstand, which was the first to be emptied. Spectators, numbering around 3300, in the main stand and then on the banks were evacuated while players of both teams and match officials were herded to the middle of the pitch while the cause of the alarm was investigated.

According to local media reports, the grandstand fire alarm was caused by steam.

Full ground evacuation at the University of Otago Oval. Siren going off in main stand. Cause unknown. Protocols being followed #NZvSA WN pic.twitter.com/urpvkeuetc

Play quickly resumed, with South Africa 14 for one in their second innings after New Zealand were dismissed for 341, a lead of 33 runs.

The Proteas were 38 for one at stumps on Day 3 with Hashim Amla (23) and Dean Elgar (12) the two unbeaten batsmen. South Africa took a five-run lead but lost opener Stephen Cook in the first over of their second innings.

Comments
Topics mentioned in this article
South Africa Cricket Team New Zealand Cricket Team University Oval, Dunedin Cricket
Get the latest updates on ICC T20 Worldcup 2022, check out the Schedule and Live Score. Like us on Facebook or follow us on Twitter for more sports updates. You can also download the NDTV Cricket app for Android or iOS.