Northern Knights batsman Kane Williamson is thrilled and relieved to have finally scored a hundred in the T20 format. 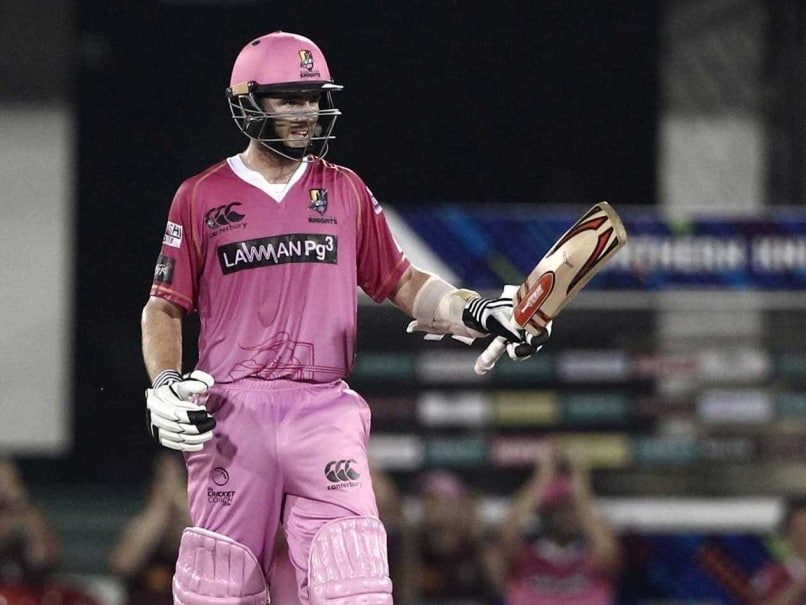 Northern Knights batsman Kane Williamson, who took cricket record books by storm with the fastest hundred in the Champions League Twenty20, said he had no idea of what he had achieved. (How Northern Knights beat Cape Cobras)

Williamson, one of New Zealand's most dependable batsmen, scored a hundred for the first time in T20 cricket when he slammed an unbeaten 101 off 49 balls against Cape Cobras in Mohali on Friday. (Complete coverage of Champions League Twenty20)

"I never knew about it (the record-shattering hundred) and to be honest, I never look into those things too much. For me it is all about doing well for your team," Williamson told CLT20.com

"The nature of the game is such that you have to go out and play shots. It is an element of high risk, but some days you go right and sometimes you don't. It is just nice to play right and have a bit of luck as well."

The 24-year-old Williamson is already an established Black Caps batsman, having slammed seven hundreds from 34 Tests and three centuries from 54 ODIs, but a T20 ton was apparently beyond the realm of his imagination.

Williamson, a right-handed strokemaker, who has made his name in the New Zealand middle-order said he did not believe in numbers and records in T20 cricket, for he understood the 'fickle nature' of the format.

"Personally I never try and strive for different numbers or personal landmarks. The nature of T20s is very fickle and it was great to hit a few in the middle today and bat for a long period of time.

"I just try and improve all the time and adapt my game since it is a different format. I enjoy this format as well and keep learning from it," the star Kiwi batsman said.

However, he admitted he was relieved after raising his hundred.

Williamson's ton put into perspective what the Northern Knights have achieved in this tournament already. The Kiwis have won all their four games (including the three qualifiers), Williamson joined the likes of - Knights teammate Daniel Harris, David Warner, Neil Broom, Quinton de Kock and Andrew Puttick to score hundreds in the CLT20 and their bowlers have looked dangerous so far - a new ball attack comprising Trent Boult and Tim Southee usually does.

Can the Knights give the Australian and IPL sides a run for their money in the days to come? Time and Williamson will tell.

Comments
Topics mentioned in this article
Kane Williamson Northern Knights Cape Cobras Cricket
Get the latest updates on IPL 2020, check out the IPL Schedule for 2020 and Indian Premier League (IPL) Cricket live score . Like us on Facebook or follow us on Twitter for more sports updates. You can also download the NDTV Cricket app for Android or iOS.