Faf du Plessis recalled the time when Shardul Thakur's batting prowess helped CSK get over the line against SRH in the 2018 IPL Qualifier. 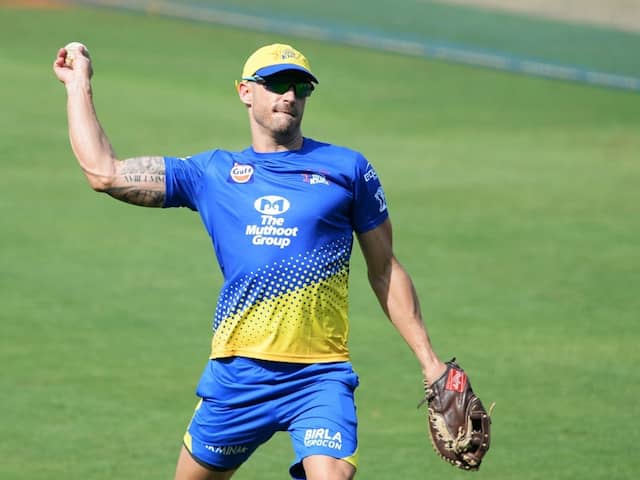 Faf du Plessis recalled the time when Shardul Thakur "batted even better than" him.© AFP

Former South African skipper and Chennai Super Kings batsman Faf du Plessis revealed that he thought Shardul Thakur was just a tail-ender and would get out quickly until the Indian pacer fireworks with the bat helped Chennai Super Kings get the better of SunRisers Hyderabad during the Indian Premier League Qualifier 1 in 2018. In the 2018 IPL Qualifier, CSK were chasing a total of 140 runs, when they were reduced to 62 for six by the Hyderabad bowlers. However, du Plessis' valiant innings got CSK close to the target. But the team kept losing wickets at regular intervals and were reeling at 113 runs for the loss of eight wickets.

It was then that Shardul came into bat at number 10 and smashed 15 runs off just five balls to take his side over the line.

"We were in huge trouble as we had lost all our wickets. Its one of those games where you hope you can do something great but it seems a long way away when everyone's out and just me (du Plessis) left," said du Plessis in a video posted on CSK YouTube channel.

"But the guys who came in, I remember Shardul was unbelievable. I have never seen him bat before, so he came in and I was like probably gonna be tail-ender. He is going to hit one and then he''s gonna get out. But he batted even better than me there for a while. He was unbelievable!" recalled du Plessis.

CSK defeated SRH by two wickets in the game. CSK, in the 2018 IPL final, again defeated SRH to clinch their third IPL trophy.

Du Plessis would have been in action for CSK in IPL 2020 if the tournament had started on March 29. However, the tournament was suspended indefinitely due to the coronavirus pandemic.

Faf du Plessis Shardul Thakur Cricket
Get the latest updates on IPL 2020, check out the IPL Schedule for 2020 and Indian Premier League (IPL) Cricket live score . Like us on Facebook or follow us on Twitter for more sports updates. You can also download the NDTV Cricket app for Android or iOS.