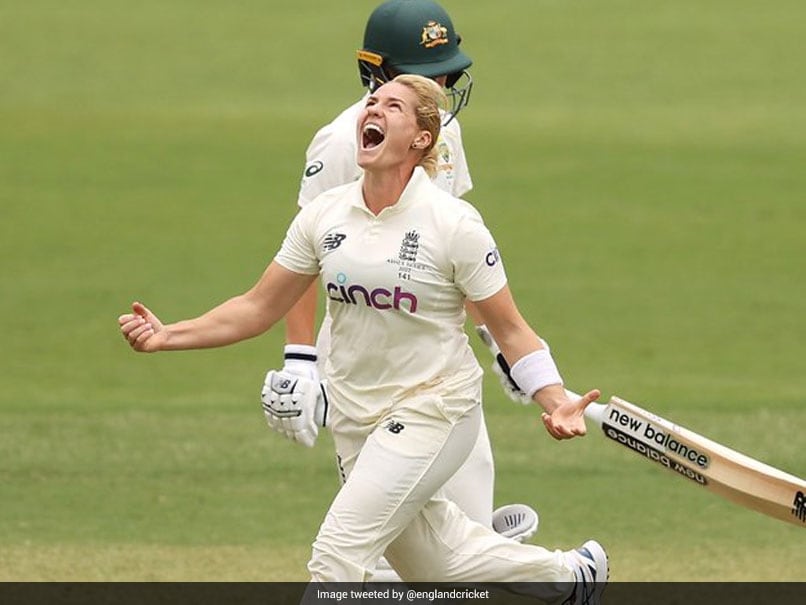 England women's team pacer Katherine Brunt on Saturday announced her retirement from Test cricket. Brunt, who played 14 Tests for the team, bows out of the format with 51 wickets, the third-most by a women's player for England in the format. The 36-year-old, however, will continue to play ODIs and T20Is for the team. Brunt had made her Test debut back in 2004, and later that year helped England retain the women's Ashes after 42 years. "I feel like as an athlete there is never an obvious time to step away from doing the thing that you love," Brunt said in a statement released by the England and Wales Cricket Board.

The end of an era.

Our third leading wicket-taker in the format, @kbrunt26 is retiring from Test cricket.

"But over the past two years thoughts of retirement have surfaced more and more, so I've decided to make a smart decision rather than an emotional one. Test cricket is my absolute passion and to retire from this format was truly a heart-breaking choice to make, but it allows me to prioritise white-ball cricket," she added.

"I know that I leave it in a great place, the bowlers coming through are ready and they're just itching to be let loose! And with the South Africa game around the corner, I'm very much looking forward to watching them from the best seat in the house," Brunt concluded.

Brunt is likely to feature during the white-ball series against South Africa next month.

Both teams will face off in three ODIs and as many T20Is, following the conclusion of a one-off Test in Taunton, later this month (June 27-30).

England Women Katherine Brunt Cricket
Get the latest updates on Fifa Worldcup 2022 and check out  Fifa World Cup Schedule, Stats and Live Cricket Score. Like us on Facebook or follow us on Twitter for more sports updates. You can also download the NDTV Cricket app for Android or iOS.